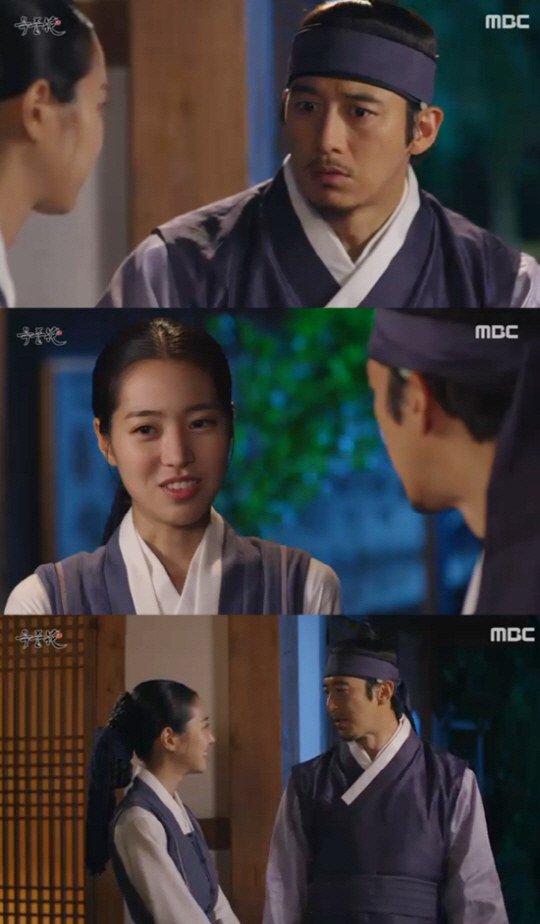 On the episode of the MBC "The Flower in Prison", Yoon Tae-won (Go Soo) told Ok-nyeo (Jin Se-yeon) not to hang out with Myeong-joong (Seo Ha-joon).

Yoon Tae-won asked Ok-nyeo about Myeong-jong and she said it was a secret.

Yoon Tae-won then said, "Is there something going on between you two?" but she didn't say anything. Then Yoon Tae-won told her to go by herself and then she told him that Myeong-jong was a secret missionary.

Yoon Tae-won then told her, "Don't see him. Just don't see him anymore".

"[Spoiler] "The Flower in Prison" Go Soo becomes jealous of Jin Se-yeon and Seo Ha-joon"
by HanCinema is licensed under a Creative Commons Attribution-Share Alike 3.0 Unported License.
Based on a work from this source