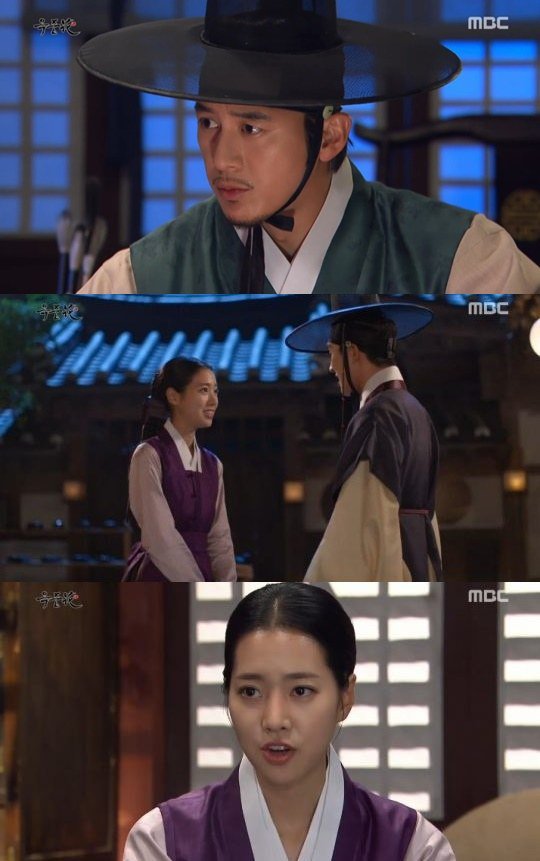 On the twenty-seventh episode of the MBC weekend drama "The Flower in Prison", Ok-nyeo (Jin Se-yeon) and Seong Ji-heon (Choi Tae-joon) formed a secret plan to stand against Jeong Nan-jeong (Park Joo-mi).

Yoon Tae-won (Go Soo) suggested that the examiners brought their own papers for the exams. He planned on using the tax to help Queen Moon-jeong (Kim Mi-sook).

Ok-nyeo and Seong Ji-heon set out to make a plan to stop Yoon Tae-won. Ok-nyeo ordered the prices of paper goods go up. The price of the mulberry trees went up but Yoon Tae-won kept buying them in saying he can increase prices later and sell them to examiners.

When Ok-nyeo found out that the trees had been sold, she decided not to hold the examinations and met with Myeong-jong (Seo Ha-jun) and said, "If the exams are held then the people will have to struggle with money".

Myeong-jong cancelled the exams the next day. Yoon Won-hyeong asked him to reconsider but Myeong-jong was firm about his decision.

Queen Moon-jeong also asked Myeong-jong to think again but he didn't give in.

"[Spoiler] "The Flower in Prison" Jin Se-yeon succeeds in Choi Tae-joon's secret mission"
by HanCinema is licensed under a Creative Commons Attribution-Share Alike 3.0 Unported License.
Based on a work from this source