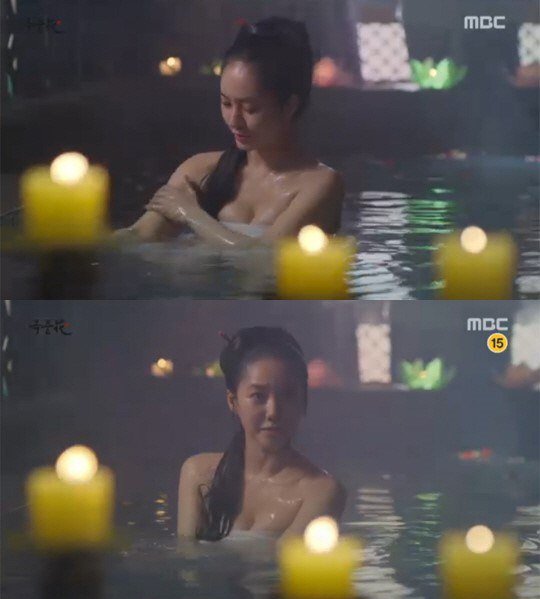 Park Joo-mi, who takes on the role of Jeong Nan-jeong in "The Flower in Prison", had her first bathing scene of her career.

Jeong Nan-jeong took a bath in the second episode of the new MBC weekend drama.

Jeong Nan-jeong is the wife of Yoon Won-hyeong and she enjoyed a fancy life. She bathed in a spacious tub and when the servant brought her milk, she smiled and said, "Pour it in the water".

The servants whispered, "She's a great mistress for bathing in milk that is so rare". Milk was so rare even the king made porridge out of it.

Jeong Nan-jeong's kitchen was also revealed and it was bigger than the royal kitchen.

"[Spoiler] "The Flower in Prison" Park Joo-mi's bathing scene"
by HanCinema is licensed under a Creative Commons Attribution-Share Alike 3.0 Unported License.
Based on a work from this source