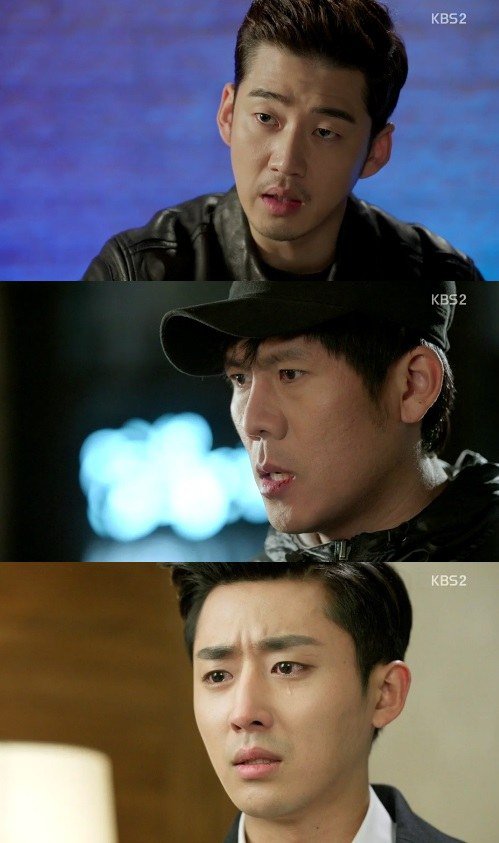 On the eleventh episode of the KBS 2TV drama "The Full Sun" on the 24th, Seo Jane (Kim Yoo-ri) found Han Yeong-soon (Son Joon-ho) and told him that Lee Eun-soo was Jeong Se-ro (Yoon Kye-sang), to stop the fight between Lee Eun-soo and Park Kang-jae (Cho Jin-woong), who decided to hold hands with Han Tae-oh (Kim Young-chul-I).

Jane told Han Yeong-joon that Han Tae-oh killed Gong Woo-jin (Song Jong-ho) and put it on Jeong Se-r,o so he was taking revenge on him in the name of the company F.L Gemstones. Yeong-joon was shocked and said, "How could father do such a thing. How is he going to look at you now?"

"[Spoiler] "The Full Sun" Yoon Kye-sang's truth revealed"
by HanCinema is licensed under a Creative Commons Attribution-Share Alike 3.0 Unported License.
Based on a work from this source