On the latest episode of the SBS drama "The Good Witch", Oh Tae-yang (An Woo-yeon) worried about Cha Seon-hee (Lee Da-hae).

Oh Tae-ri (Yoon Se-ah) didn't know Cha Seon-hee was pretending to be Cha Do-hee (Lee Da-hae) and put her in danger. Meanwhile, Oh Tae-yang was against Oh Tae-ri and she became aggressive.

In the end, Oh Tae-yang held onto Oh Tae-ri's arm and said, "I didn't stay still when you hit me because I'm scared of you. I let you hit me. You look like mother and when you suffer, it makes me think mother is suffering. I let you hit me so you can vent. However, I won't do that anymore because there's someone I love so don't touch me anymore".

Oh Tae-yang called Song Woo-jin (Ryu Soo-young). He said, "Stay away from Do-hee. Tae-ri is bullying Do-hee because of you. Do-hee is safe if it isn't for you. You don't know much about her anyway and you won't be able to handle it if you knew. She can't be with you. You should give her up for her happiness".

Song Woo-jin called Cha Seon-hee and said, "I know there are things I don't know about you and that's true. I love you. Don't run away from me and if you feel the same way, come to me. I'll wait for you in the park in front of your house".

Cha Seon-hee stayed up thinking and ran to Song Woo-jin in the morning. Thankfully, he'd been waiting all night and Cha Seon-hee said, "I'm not who you think I am. I'm not Cha Do-hee..." and she started to cry and Song Woo-jin kissed her. 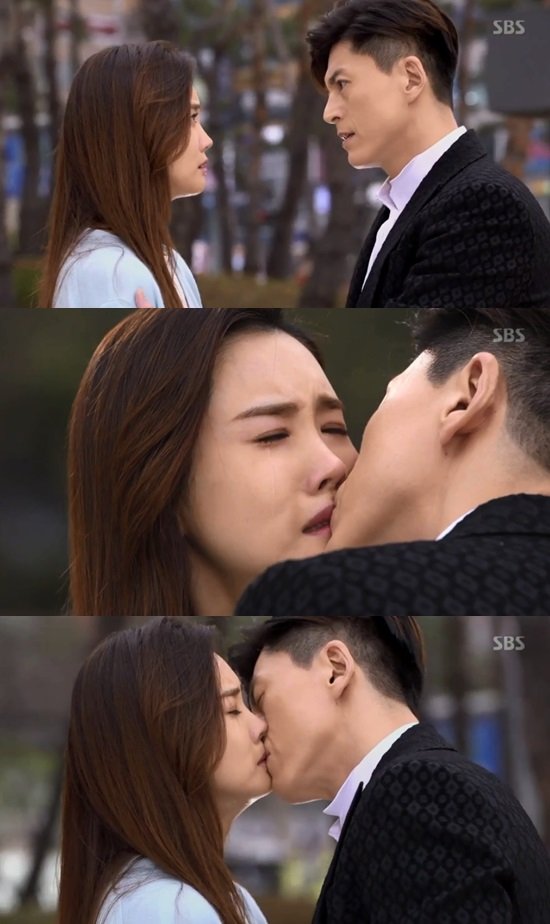 "[Spoiler] "The Good Witch" Lee Da-hae and Ryu Soo-young Kiss "
by HanCinema is licensed under a Creative Commons Attribution-Share Alike 3.0 Unported License.
Based on a work from this source