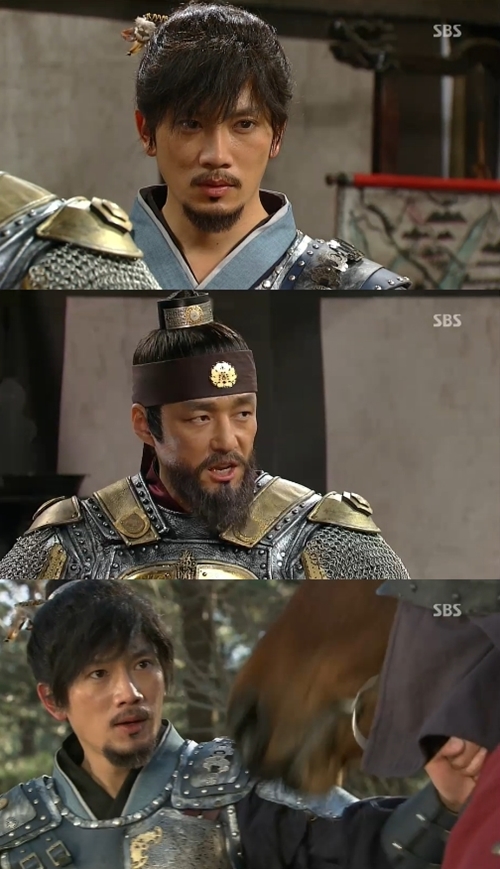 The plot to come between Lee Seong-gye (Ji Jin-hee) and Ji-sang (Ji Sung) is expanding.

On the twenty-eighth episode of the SBS drama "The Great Seer", traps to make Lee Seong-gye and Ji-sang end up on bad terms came from everywhere.

Ji-sang was shocked to see King Woo (Lee Tae-ri) where he went to meet Banya (Lee Yoon-ji). He refused the offer of the king to stand on his side and was even decapitated. He saved his life but was suspected by Wang Ahn-deok and Joo Min-soo that he was carrying out misconduct in front of the King.

Lee Seong-gye still didn't throw away his trust for Ji-sang. Jeong-geun (Song Chang-eui) told him something he found out from Choi Yeong (Son Byung-ho) using a spy. As it turned out that Choi Yeong knew about Lee Seong-gye's attack routine and time, the suspicion only deepend.

Ji-sang claimed not to go out or see anyone to free himself from the suspicions. He said, "If information still leaks then that means there is a spy. If nothing happens while I'm inside then we can't catch the spy but at least information won't leak out".

Soo Ryeon-gye advised King Woo to use Yeong-jo (Lee Seung-yeon). He imprisoned her and Ji-sang knew about this. He escaped the barracks to save his mother and was at risk once again.

"[Spoiler] "The Great Seer" Ji Sung and Ji Jin-hee about to break apart"
by HanCinema is licensed under a Creative Commons Attribution-Share Alike 3.0 Unported License.
Based on a work from this source