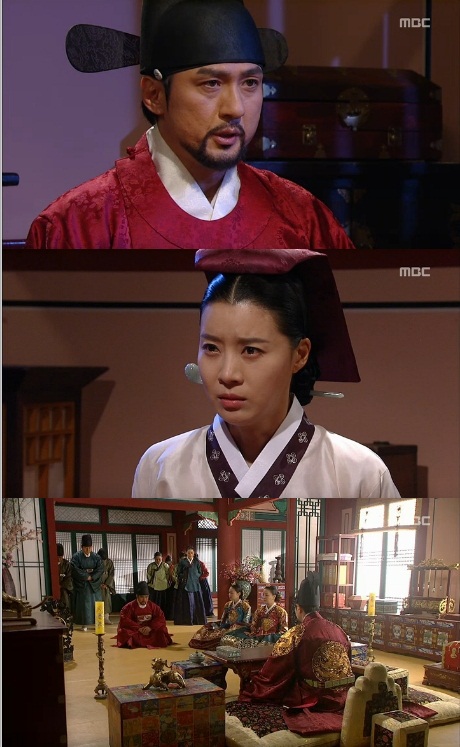 On the twenty-eighth episode of the MBC drama "The Horse Healer", In-joo (Yoo Sun) was weakened by a secret deal suggested by Myeong-hwan.

Gwang-hyeon was at risk of facing the death penalty for not being able to save the life of Joo-man (Lee Soon-jae.) However, Ji-nyeong (Lee Yo-won) who was also there wasn't taken away to the lock up and she yelled at Myeong-hwan saying, "Lock me up too. I was there with them during the operation so why am I not being locked up?"

Myeong-hwan replied in a calm voice, "I will save him for you and only you".

Myeong-hwan found In-joo and said, "I want evidence to prove that Gwang-hyeon is the heir to Do-joon (Jeon No-min) in return for saving his life. If everything is covered up and disappeared then I wouldn't hurt him".

In-joo accepted his offer and Myeong-hwan told Joo-sang, "The tetanus was unfortunate but the operation wasn't a problem".

Meanwhile, Gwang-hyeon avoided the death penalty but was taken to the frontier and Ji-nyeong talked to Princess Sook-hwi about rescuing him.

"[Spoiler] "The Horse Healer" Son Chang-min makes a deal with Yoo Sun for Cho Seung-woo's life"
by HanCinema is licensed under a Creative Commons Attribution-Share Alike 3.0 Unported License.
Based on a work from this source