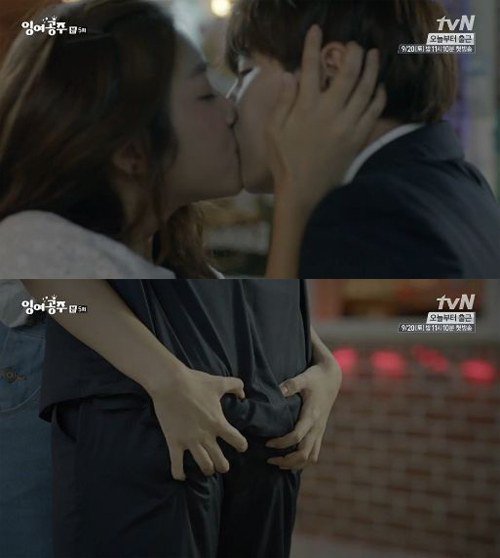 On the latest "The Idle Mermaid", Jo Bo-ah drunkenly kissed Song Jae-rim as soon as she laid eyes on him.

Aileen is the eighteenth born princess from an underwater empire and she had fallen for Si-kyeong (Song Jae-rim) when she decided to become a human. Her mission for 100 days is to steal his heart and one day she got drunk with the members of her sharehouse.

Ha-ni (Jo Bo-ah) was drunk when she saw Jin-ah (Park Ji-soo) and Si-kyeong. She ran to his arms and held his face, kissing him.

Meanwhile, Si-kyeong remembered the deep kiss he had right after he fell into the Han River after Ha-ni's kiss which made him feel cozy.

"[Spoiler] "The Idle Mermaid" Jo Bo-ah gets drunk and kisses Song Jae-rim"
by HanCinema is licensed under a Creative Commons Attribution-Share Alike 3.0 Unported License.
Based on a work from this source