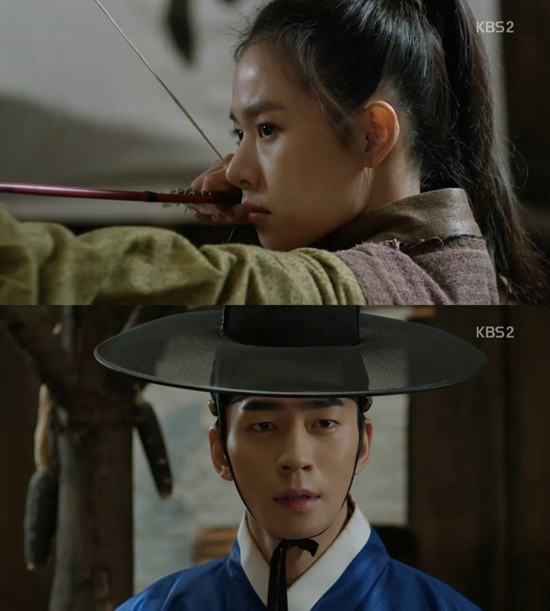 Kim Ga-hee was confused as to why the leader of Deadong movement, Kim Do-chi, who had been trying together towards the free and equal world, attempted to throw Prince Gwang Hae into danger. She went to see Kim Do-chi and asked what happened.

Kim Ga-hee aimed her arrow at Kim Do-chi. She purposely missed the target and said "It won't miss next time. I was trained by you, brother" Kim Do-chi pulled out his sword and said in complicated feelings, "Next time, I might confront you with my sword as well".