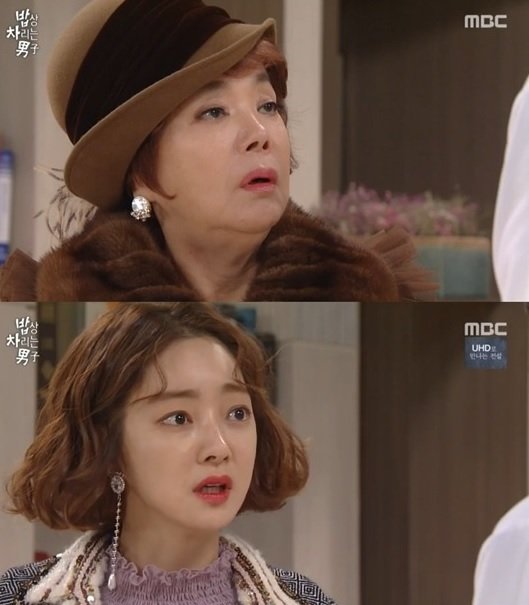 Park Jin-woo from the MBC drama "The Man Who Lays the Table" set out to find Kim Soo-mi's son.

Lee So-won (Park Jin-woo) asked Yang Choon-ok (Kim Soo-mi) why she wasn't looking and that scars of the past shouldn't be covered up. "People make mistakes. What's important is how to wrap it up. Ha Yeon-joo (Seo Hyo-rim) is walking the same path as me".

Despite Lee So-won's attempts to convince her, Yang Choon-ok and Ha Yeon-joo were against looking for the lost son.

However, Yang Choon-ok later asked Lee So-won to look for her missing son.

"[Spoiler] "The Man Who Lays the Table" Park Jin-woo Determined to Find Son"
by HanCinema is licensed under a Creative Commons Attribution-Share Alike 3.0 Unported License.
Based on a work from this source