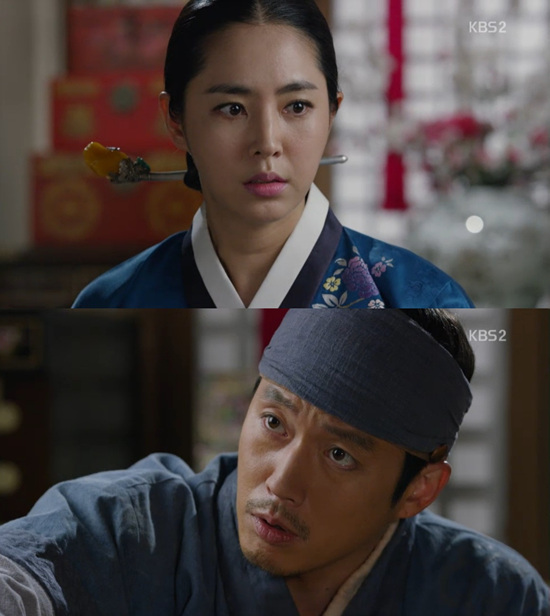 On the 20th episode of KBS 2TV's Wednesday & Thursday drama, Jo so-sa could not see Sin Seok-joo (Lee Deok-hwa) having hard time because of Cheon Bong-sam any longer and went to see Mae-wol (Kim Min-jung) in order to ask for help.

Jo so-sa was shocked and left the spot hurriedly. Cheon Bong-sam told Jo so-sa to come back and explained it was not what it had looked like. Mae-wol ran out and asked Jo So-sa why she had come. Jo so-sa said she had come to ask Mae-wol to arrange a meeting with Cheon Bong-sam.

"[Spoiler] 'The Merchant: Gaekju 2015' Han Chae-ah lies to Jang Hyeok about baby"
by HanCinema is licensed under a Creative Commons Attribution-Share Alike 3.0 Unported License.
Based on a work from this source