[Spoiler] 'The Merchant: Gaekju 2015' Yoo Oh-sung and Kim Min-jung are thinking hard to get rid of Han Chae-ah 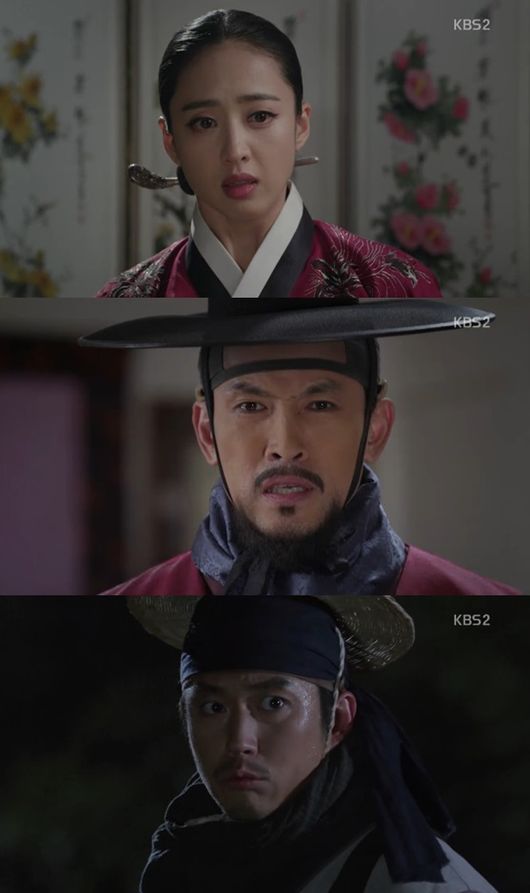 Yoo Oh-sung and Kim Min-jung set up a plan to get rid of Han Chae-ah. On the 30th episode of KBS 2TV's "The Merchant: Gaekju 2015", Cheon Bong-sam (Jang Hyuk) went on his business trip and Mae-wol (Kim Min-jung) and Gil So-gae (Yoo Oh-sung) discussed how to get rid of Jo So-sa (Han Chae-ah) during his absence.

On this day, Mae-wol stole Jo So-sa's son Yoo-soo and gave him to Sin Seok-joo (Lee Deok-hwa) and then started setting up a plan to get rid of Jo So-sa while Cheon Bong-sam was away.

Mae-wol was becoming nervous while saying "Inkeeper Cheon will return anytime soon". However, Gil So-gae said, "I sent my people to Songpa and I figure the security is pretty strong. But it won't be that difficult to get rid of a woman. You shouldn't be suspected though". He tried to persuade Mae-wol to take action on their plan.

"[Spoiler] 'The Merchant: Gaekju 2015' Yoo Oh-sung and Kim Min-jung are thinking hard to get rid of Han Chae-ah"
by HanCinema is licensed under a Creative Commons Attribution-Share Alike 3.0 Unported License.
Based on a work from this source