[Spoiler] 'The Merchant: Gaekju 2015' Yoo Oh-sung realized he was tricked by Jang Hyuk 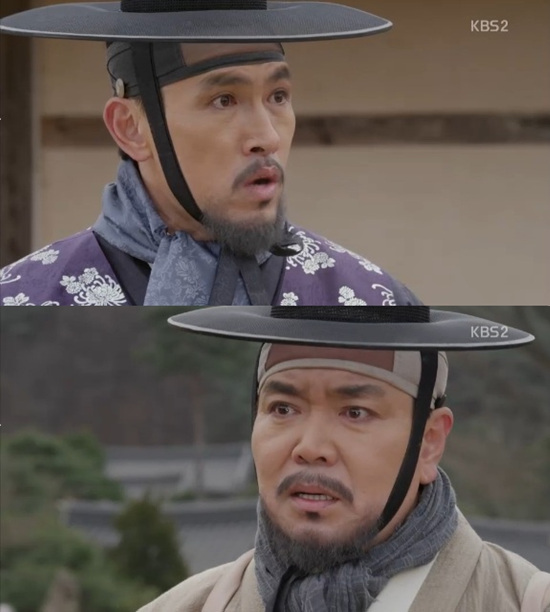 On the 34th episode of KBS 2TV's Wednesday & Thursday drama, "The Merchant: Gaekju 2015", Gil So-gae (Yoo Oh-sung) found out that he had been tricked by Cheon Bong-sam (Jang Hyuk).

As Sin Seok-joo (Lee Deok-hwa)'s entire asset was burnt down on the previous night, Gil So-gae was completely shocked and disappointed and started thinking about what to do next.

Gil So-gae and Maeng Goo-beom (Kim Il-woo), who were after Sin Seok-joo's entire asset together, dropped by an inn and encountered the members of Songpa Stable Inn there. Song Man-chi (Park Sang-myun), Gombae (Ryu Dam) and others looked all excited and were ordering so much food.

Gil So-gae could not understand how they could be so happy while Wal (Moon Ga-young) was about to be traded to somewhere. And then Gil So-gae realized that it was Cheon Bong-sam who bought the forest pirates and snatched the promissory note of Sin Seok-joo's asset.

"[Spoiler] 'The Merchant: Gaekju 2015' Yoo Oh-sung realized he was tricked by Jang Hyuk"
by HanCinema is licensed under a Creative Commons Attribution-Share Alike 3.0 Unported License.
Based on a work from this source