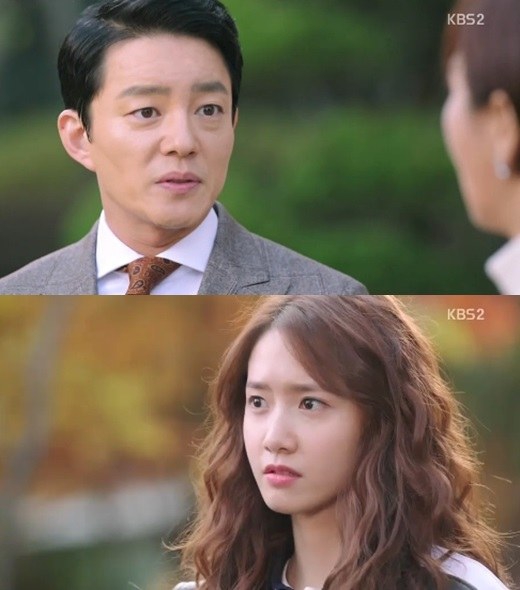 Lee Beom-soo and Yoona decided to get married.

On the third episode of the KBS 2TV drama "The Prime Minister and I", Kwon Yool (Lee Beom-soo) found out about Da-jeong's (Yoona) terminally ill father Nam Yoo-sik (Lee Han-wi) who had six months left.

He realized why she had begged him to marry her for 6 months. Even his son Kwon Man-se (Lee Do-hyun) had took a liking to Da-jeong and wrote in his diary, 'I wish Da-jeong was my mother'.

Considering the various facts, Kwon Yool decided to marry her especially for her sake. Then coincidentally, Da-jeong went to interview singer Ruri where she was doing charity work and ran into Park Joon-ki (Ryu Jin) and his wife Na Yoon-hee (Yoon Hae-young) who embarrassed her.

Kwon Yool appeared in front of her just then and said, "Why is someone like you, the bride-to-be of a prime minister fighting with these people?"

He then asked her to marry him and surprised her.

"[Spoiler] "The Prime Minister and I" Lee Beom-soo accepts marriage with Yoona"
by HanCinema is licensed under a Creative Commons Attribution-Share Alike 3.0 Unported License.
Based on a work from this source