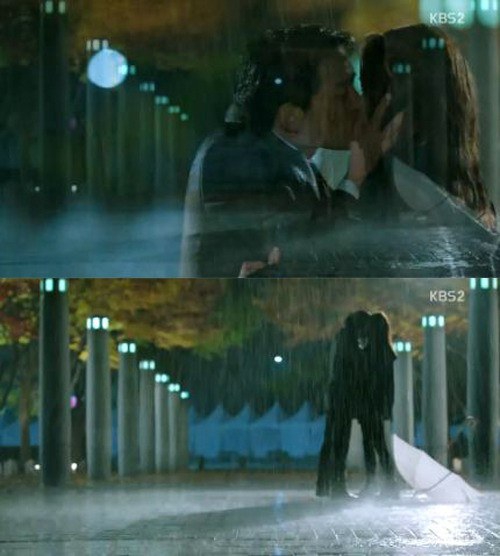 Lee Beom-soo and Yoona had their first kiss.

KBS 2TV drama "The Prime Minister and I" Jeong Da-jeong (Yoona) racked her brain to fool people of the contract she had with Kwon Yool (Lee Beom-soo).

Da-jeong went to her office after her scandal with Kwon Yool broke out but no one there seemed to believe her.

Da-jeong explained every single thing that happened with Kwon Yool. She told them that they weren't on good terms at first and made up some stories.

In her imagination, they broke up and were together again and even kissed under a lamp post on a rainy day.

"[Spoiler] "The Prime Minister and I" Lee Beom-soo and Yoona's first kiss"
by HanCinema is licensed under a Creative Commons Attribution-Share Alike 3.0 Unported License.
Based on a work from this source