[Spoiler] "The Prime Minister and I" Yoon Si-yoon, revenge on Lee Beom-soo? 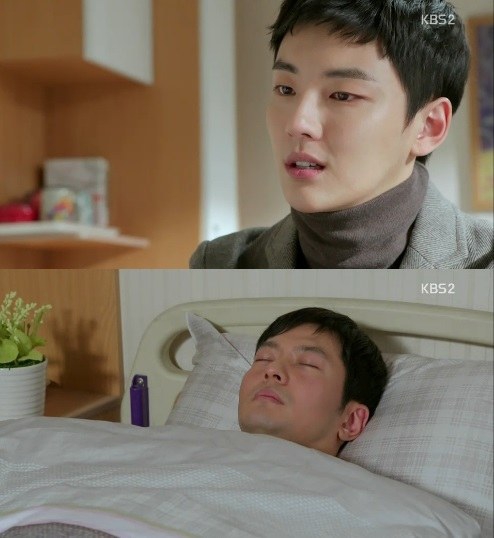 Yoon Si-yoon's hurtful past was revealed.

On the fifth episode of the KBS 2TV drama "The Prime Minister and I", Kang In-ho (Yoon Si-yoon) who serves Kwon Yool (Lee Beom-soo) visited someone at the hospital.

In-ho cried in front of a man who laid there unmoving and said, "Just wait. I am next to him. I will show him what I do".

It seems that he has a grudge against Kwon Yool about his brother.

Meanwhile, the contract written by Kwon Yool and Nam Da-jeong (Yoona) was in the hands of Kwon Yool and not Park Joon-ki (Ryu Jin)

"[Spoiler] "The Prime Minister and I" Yoon Si-yoon, revenge on Lee Beom-soo?"
by HanCinema is licensed under a Creative Commons Attribution-Share Alike 3.0 Unported License.
Based on a work from this source