[Spoiler] "The Princess' Man" Moon Chae-won in her mourning clothes 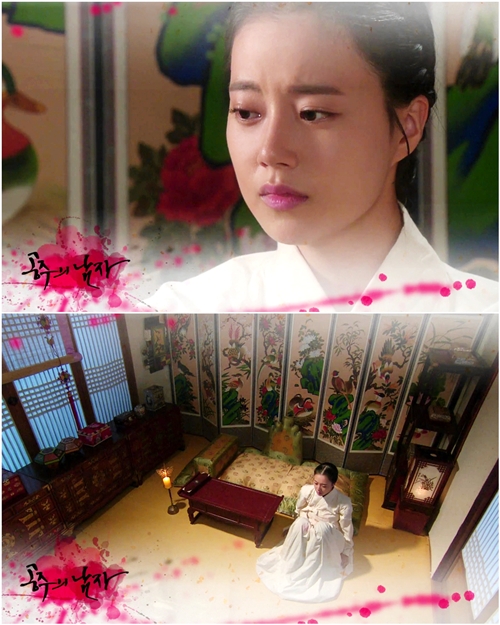 Moon Chae-won from "The Princess' Man" was revealed wearing her mourning clothes.

This declaration was such an issue that various speculations were posted online about Se-ryeong's slave life. In addition, Se-ryeong was shown wearing her morning clothes so viewers wonder if something else happened to her.

Netizens say, "Does she really become a slave?", "Soo Yang and Se-ryeong look like they have their hearts set", "Why is she wearing mourning clothes?" and more.

PD Yoon Sang-won said, "We plan on showing you Se-ryeong not giving in to her father although he took out the last and final card on her. Stay tuned and see if she can so stubbornly survive under the father so evil".

Meanwhile, "The Princess' Man" has 4 more episodes to go.

"[Spoiler] "The Princess' Man" Moon Chae-won in her mourning clothes"
by HanCinema is licensed under a Creative Commons Attribution-Share Alike 3.0 Unported License.
Based on a work from this source