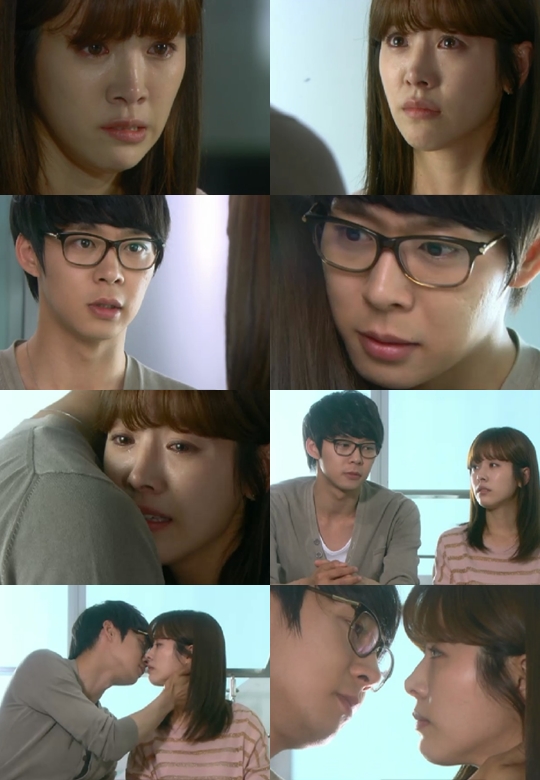 On the sixteenth episode of the SBS drama "The Rooftop Prince" aired on the 10th, Park Ha (Han Ji-min) fell into sorrow when Lee Gak (Park Yoo-chun) didn't appear at the meeting place and thought he had gone back to the Chosun.

Park Ha ran into him in the lobby of his office but was upset when he passed by without taking notice of her. A few days later, he saw her and watched her from far away. His couple ring with her fell out from his pocket and rolled to her feet.

With tears coming down her cheeks Park Ha called him, "Stupid" and he responded with, "I missed you". When Park Ha asked, "Did you think I wouldn't recognize you?" he said, "My mind is at ease, seeing you".

While talking, Park Ha asked if she shouldn't come around there anymore and Lee Gak kissed her saying, "Thank you for trusting me".

"[Spoiler] "The Rooftop Prince" Park Yoo-chun and Han Ji-min kiss on stairs"
by HanCinema is licensed under a Creative Commons Attribution-Share Alike 3.0 Unported License.
Based on a work from this source