[Spoiler] "The Rooftop Prince" prince and the trio cut hair 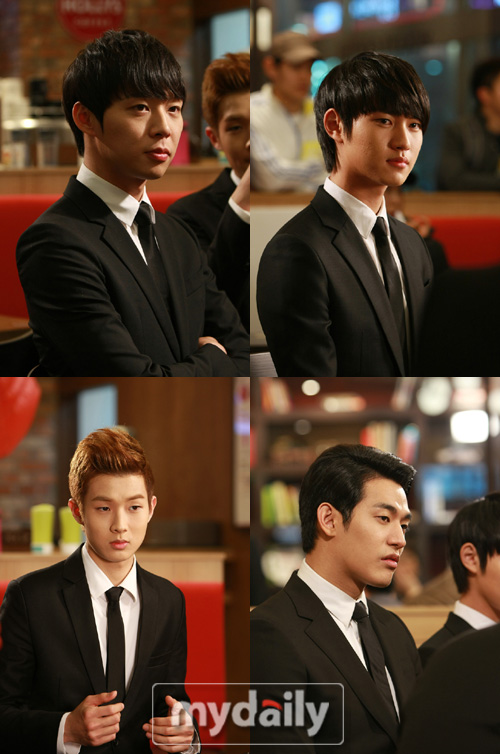 The four main males in "The Rooftop Prince" cut their hair.

The trio who think preciously of what their parents gave them were stubborn and said no but the prince insisted.

The reactions to those four when they showed up on set with hair cut and dressed in black suits, was amazing. They looked different from when they had long hair and wore sweat suits.

The staff on site said, "When they were walking, they looked like The Beatles. I knew they were good looking but I didn't think it would make this much of a difference".

"[Spoiler] "The Rooftop Prince" prince and the trio cut hair"
by HanCinema is licensed under a Creative Commons Attribution-Share Alike 3.0 Unported License.
Based on a work from this source