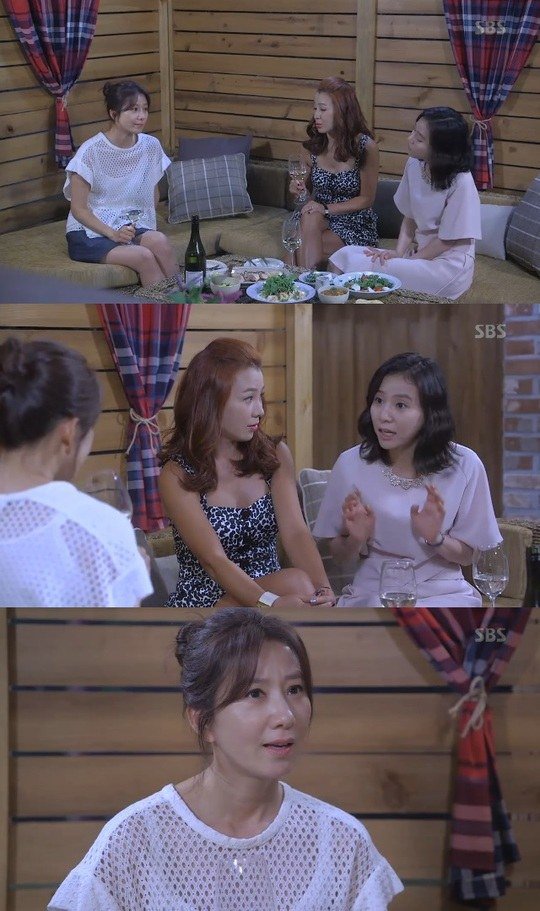 Goo Tae-yeon (Seo Jung-yeon) told Kang Min-hoo, "When you think things are awkward between you two, imagine you're lying on the same bed together. Does it make you feel funny?" Kang Min-joo did that and said, "Oh no, people would point fingers".

Sin Ae-kyeong (Kim Na-young) said, "It's not like you're cheating on someone. People with 20 year age gaps get married all the time".

However, Goo Tae-yeon was against this. She said, "I don't like the fact of a man and woman sticking together so close. It's only the woman that's going to grow old; why be in such a relationship? It's like walking in high heels. I like sneakers better".

Sin Ae-kyeong and Goo Tae-yeon were eager in letting Kang Min-joo know what they felt about her and Park Joon-woo.

"[Spoiler] "The Second Last Love" Kim Hee-ae imagines sleeping on the bed with Kwak Si-yang"
by HanCinema is licensed under a Creative Commons Attribution-Share Alike 3.0 Unported License.
Based on a work from this source