[Spoiler] "The Sun and The Moon" Jung Il-woo, "Yeon-woo is dead" 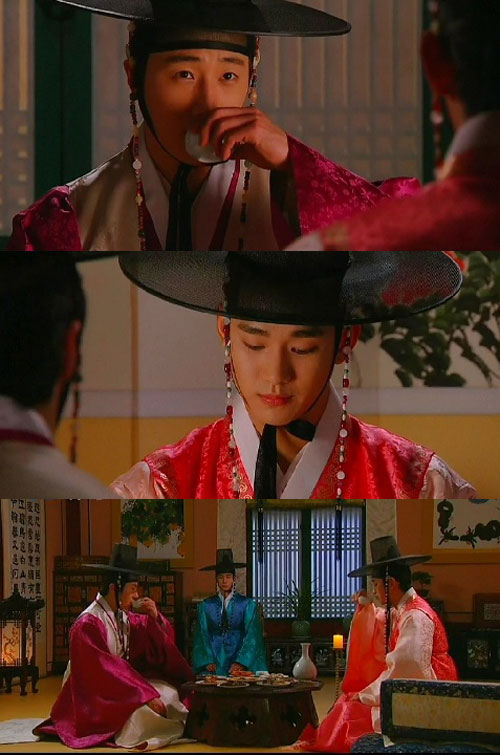 Lee Hwon (Kim Soo-hyun) listened to what Yang Myeong-gun (Jung Il-woo) had to say about the deceased Yeon-woo on the latest episode of MBC drama "The Sun and the Moon", aired on January 25th.

Lee Hwon and Yang Myeong-gun hugged and caught up with each other for a long time. While enjoying drinks, Lee Hwon suddenly said, "Do you still think about that child?" Yang Myeong-gun answered, "Even though I still do, she is dead. It's only a person's choice to call her forgotten, if I put my mind to it she isn't. I think of her as non-existent in this world now". Hearing his serene confession Lee Hwon bitterly repeated his words, "Non-existent in this world".

The reason Lee Hwon suddenly asked about Yeon-woo was because while he was traveling in disguise, he ran into someone looking like Yeon-woo, who had lot her same memories. She was a nameless shaman but he couldn't help but be surprised at how she spoke and looked like the dead Yeon-woo.

As a show of appreciation for the shaman who helped him find the road in the dark night, he gave her a name, Wol.

"[Spoiler] "The Sun and The Moon" Jung Il-woo, "Yeon-woo is dead""
by HanCinema is licensed under a Creative Commons Attribution-Share Alike 3.0 Unported License.
Based on a work from this source