[Spoiler] "The Sun and the Moon" Kim Soo-hyeon is confused 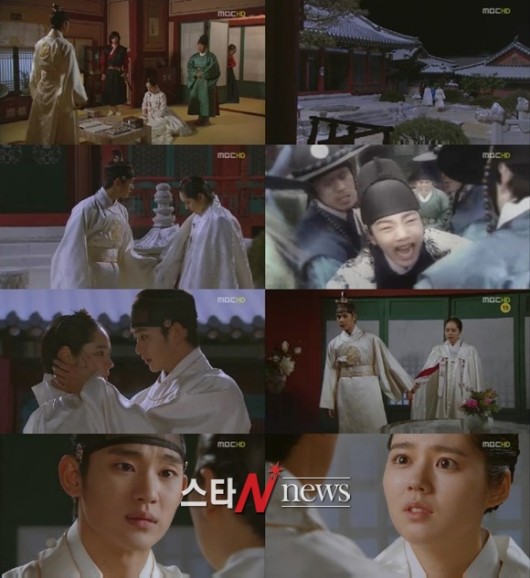 Kim Soo-hyun expressed his longing for the past.

On the latest episode of MBC drama "The Sun and the Moon", aired on February 2nd, Hwon (Kim Soo-hyun) did something unpredictable because he was attracted to Wol (Han Ga-in) for some reason.

After calling the shaman Wol into his bedroom, Hwon was overwhelmed by feelings he didn't recognize and took a walk. Wol followed and saw Hwon crying in the faint darkness so she asked, "Is it you my Lord, crying here?"

Surprised, Hwon took her into a room with no one around and asked, "What did you see? What is your identity? You are not Wol. Don't you really know me? Have you never met me before?"

Yeon-woo told Hwon, "They are traces of whom are you looking for in me. Are you seeing Yeon-woo in me. I am not her". Hwon calmed down at her direct response and said, "Who are you to make me confused?".

Meanwhile, Hwon took care of Wol, who was tortured in prison, by calling his doctor.

"[Spoiler] "The Sun and the Moon" Kim Soo-hyeon is confused"
by HanCinema is licensed under a Creative Commons Attribution-Share Alike 3.0 Unported License.
Based on a work from this source