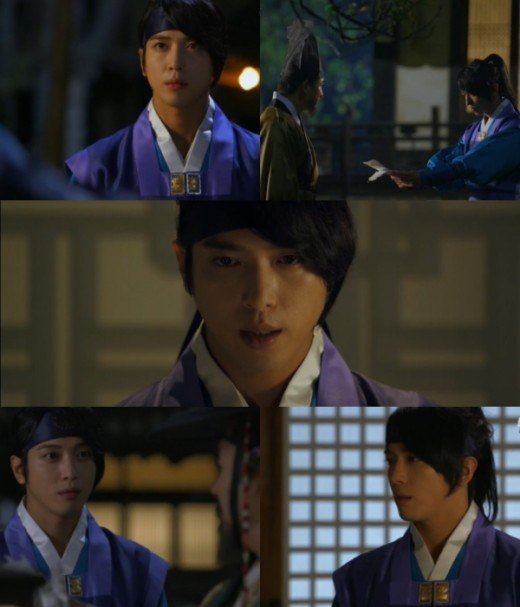 Jung Yong-hwa has grown a little.

Park Dal-hyang saved the Prince who'd lost consciousness after being stabbed by Mi-yeong (Yoo In-young). Park Dal-hyang picked up a secret document that was written by Mi-ryeong and it listed the bribes that Do Won-soo Kim Ja-jeom (Park Young-gyu) were supposed to give. Park Dal-hyang used the secret document with Heo Seung-po (Yang Dong-geun) and Ahn Min-seo (Jung Hae-in) to save Prince So-hyeon, who was cornered for treason and counterattacked Kim Ja-jeom.

This showed that Park Dal-hyang had matured a little. He questioned Lee Jin-wook who sought profits, "Is what you're doing correct?" and remained calm when facing Kim Ja-jeom and threatened him out of committing crime.

Thanks to Jung Yong-hwa's great performance, the act of the four heroes is now open.

Meanwhile, "The Three Musketeers - Drama" is broadcasted every Sunday at 9:20PM.

"[Spoiler] "The Three Musketeers - Drama" Jung Yong-hwa, the beginning is now"
by HanCinema is licensed under a Creative Commons Attribution-Share Alike 3.0 Unported License.
Based on a work from this source