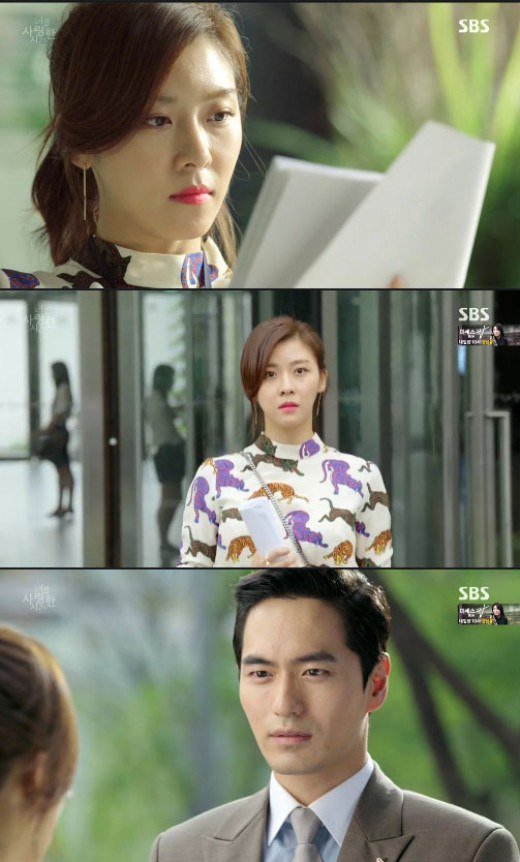 Ha Ji-won found out that Lee Jin-wook had loved her for a long time.

Choi Won gave Oh Ha-na a scenario that he wrote when they were in school. He saw Ha-na's boyfriend Seo Hoo leaving the country with someone else. Despite Ha-na's protest, Seo Hoo decided to go on vacation with Min for a week.

Choi Won took this as a chance and went to see Ha-na at the office. He just smiled and said, "I figured you'd be going home alone".

Ha-na read his scenario and slowly realized that Choi Won had loved her since they were in school and why he didn't tell her this.

She told him, "When I said there'll be no way you'll love me, I didn't know I would find out now".

"[Spoiler] "The Time I Loved You" Ha Ji-won finds out Lee Jin-wook's true feelings"
by HanCinema is licensed under a Creative Commons Attribution-Share Alike 3.0 Unported License.
Based on a work from this source