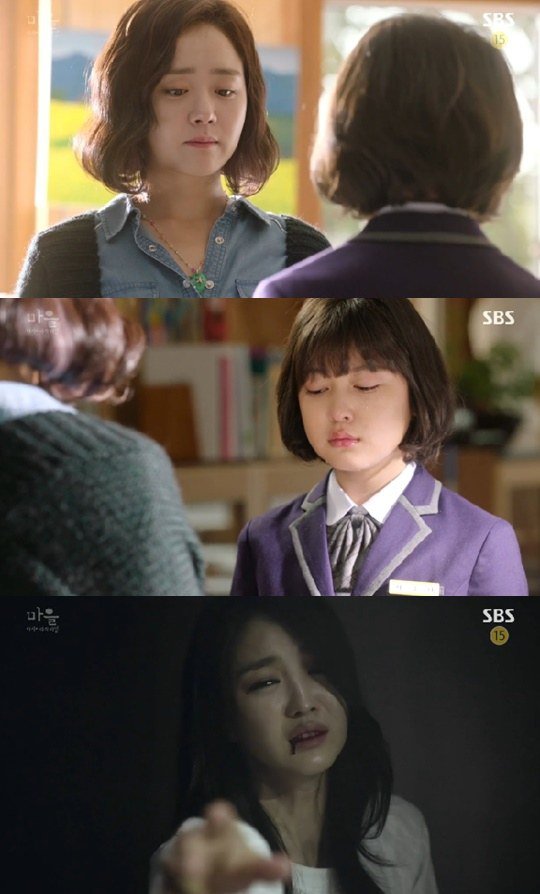 On the 7th episode of SBS' Wednesday & Thursday drama, "The Village: Achiara's Secret", it was revealed that the person who had ruined Kim Hyejin (Jang Hee-jin)'s funeral was Seo Yoo-na (Ahn Seo-hyun).

Park Woo-jae (Yook Sung-jae) found Seo Yoo-na's bracelet in the container of paint, which had been used to write the message in the funeral home. He informed Han So-yoon (Moon Geun-young) about this and she went to see Seo Yoo-na. Seo Yoo-na explained, "Ms. Hye-jin told me to do this".

One day before the funeral, Kim Hyejin appeared in front of Seo Yoo-na and said, "Help me mom". And Seo Yoo-na thought Kim Hyejin wanted to deliver the message and acted on it. Han So-yoon said, "It can't be an excuse, never" and informed this to Yoon Jisook (Shin Eun-kyung).

"[Spoiler] 'The Village: Achiara's Secret' "
by HanCinema is licensed under a Creative Commons Attribution-Share Alike 3.0 Unported License.
Based on a work from this source