[Spoiler] 'The Village: Achiara's Secret' A strange 'lass' appears in the village 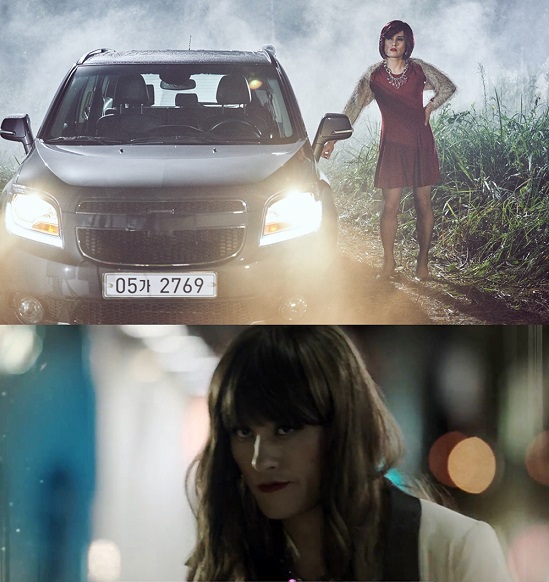 Another suspicious character, 'lass' appeared in "The Village: Achiara's Secret".

SBS' new Wednesday & Thursday drama, "The Village: Achiara's Secret" has revealed new still images featuring a woman, who is going to appear in the third episode. In the images, the strange woman creates such dreary and spooky atmosphere while she is standing next to her car she parked on a dark street at night and gazes into somewhere.

She is the same woman with the thick makeup, who appeared in the preview trailer of the third episode. She is a new character called 'lass' by the villagers. While there were so many mysterious characters introduced in the first and the second episodes, she is a completely new face. Viewers discussed about her when she first appeared in the preview of the third episode. They say she is someone mysterious, however can be someone whom you might already know.

The production team said, "'Lass' is a mysterious stranger and will add so much tension to the drama as soon as she appears in the third episode" and "Please stay tuned to find what secrets she is hiding and what will happen to the village as soon as her secrets are revealed".

"[Spoiler] 'The Village: Achiara's Secret' A strange 'lass' appears in the village"
by HanCinema is licensed under a Creative Commons Attribution-Share Alike 3.0 Unported License.
Based on a work from this source