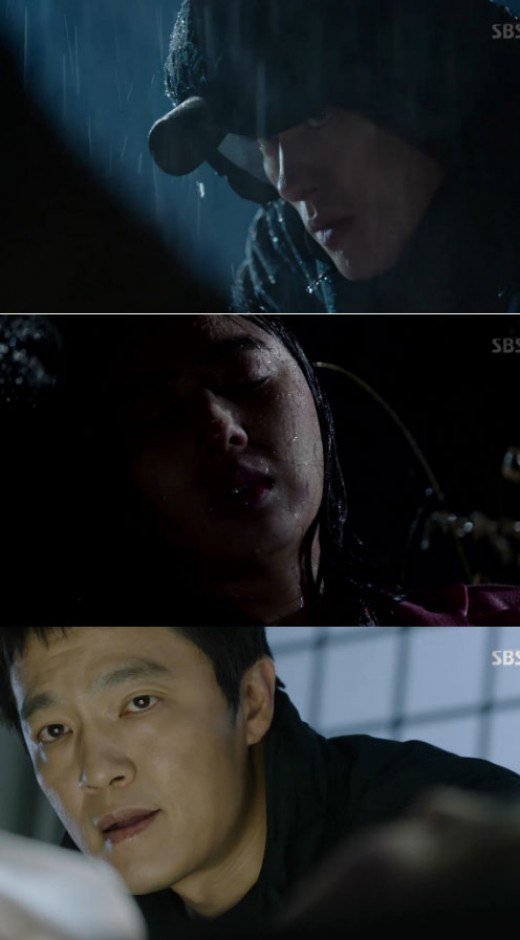 The 11th episode of SBS' "The Village: Achiara's Secret" was broadcast on November 123th.

On this episode, Miss (Choi Jae-woong) appeared in front of a woman, who was trying to run away desperately in the pouring rain. He showed the eerie smile and took her to a tree. He then injected drug into her body.

Her dead body later was found by a man who came to exercise in the park. The smiling face of the corpse was bloodcurdling.

The coroner, who examined the body, told Officer Choi (Jo Han-chul) that all the victims by the serial killer had a needle mark on their bodies and the amount of the injected drug varied. He explained that it's obvious the serial killer tested the drug on the victims and watched the different reaction of the victim.

Officer Choi was utterly shocked and said, "He purposely made the victims smile while dying? He's a monster".

"[Spoiler] 'The Village: Achiara's Secret' Serial killer's identity revealed "
by HanCinema is licensed under a Creative Commons Attribution-Share Alike 3.0 Unported License.
Based on a work from this source