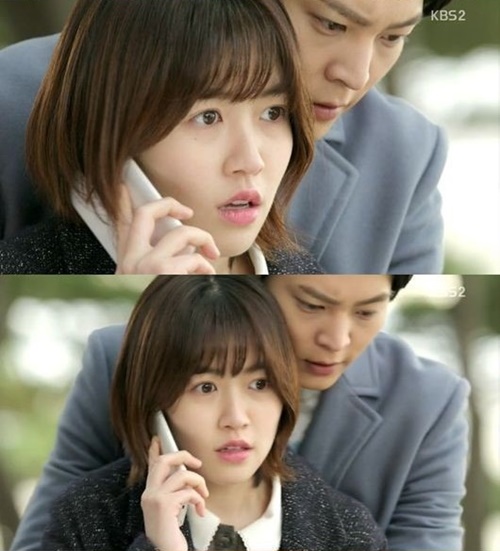 On this episode of KBS2 drama 'Tomorrow's Cantabile', which aired on December 1st, Cha Yoo-jin (Joo Won) goes to Seol Nae-il (Shim Eun-kyung), who is staying in her hometown, Jeju-do, to take her back.

Seol Nae-il just left to her hometown, Jeju-do, without leaving a word to Cha Yoo-jin. Although Cha Yoo-jin is still suffering from the trauma of a plane crash which flew to Jeju-do, he only has one thought, seeing her again.

Cha Yoo-jin arrives at Jeju airport finally without much trouble and comes to meet Seol Nae-il. As soon as he sees Seol Nae-il, he hugs her from behind saying sweetly, "I am here to take you home, Nae-il".

Tomorrow's Cantabile", a story about young classical musicians and their passion for love and music awaits its premier of season finale.