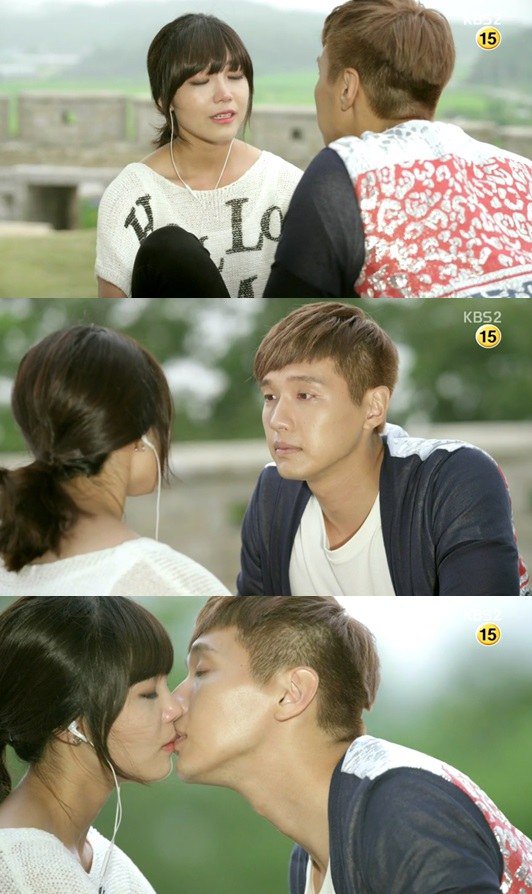 Ji Hyun-woo romantically kissed Jung Eun-ji and told her how he felt about her.

On the ninth episode of the KBS 2TV drama "Trot Romance", Jang Joon-hyeon (Ji Hyun-woo) left Choi Choon-hee's (Jung Eun-ji) side as manager to prevent an outbreak of a scandal.

Choon-hee later found out why Jang Joon-hyeon had left her after hearing all the paparzzzi stories. She also found out that he did everything in his power to help her resolve the ban which she received in her music.

She tried to ask him the facts but he said something nasty to her on purpose. Choon-hee then recalled the good times she had with Jang Joon-hyeon and went away to the place where they used to spend time together.

Joon-hyeon went to Kanghwa-do to find Choon-hee and found her singing by herself under a tree where they had sung together before. Joon-hyeon went by her and kissed her while she was closing her eyes.

"[Spoiler] "Trot Romance" Ji Hyun-woo confesses love for Jung Eun-ji and then kisses her"
by HanCinema is licensed under a Creative Commons Attribution-Share Alike 3.0 Unported License.
Based on a work from this source