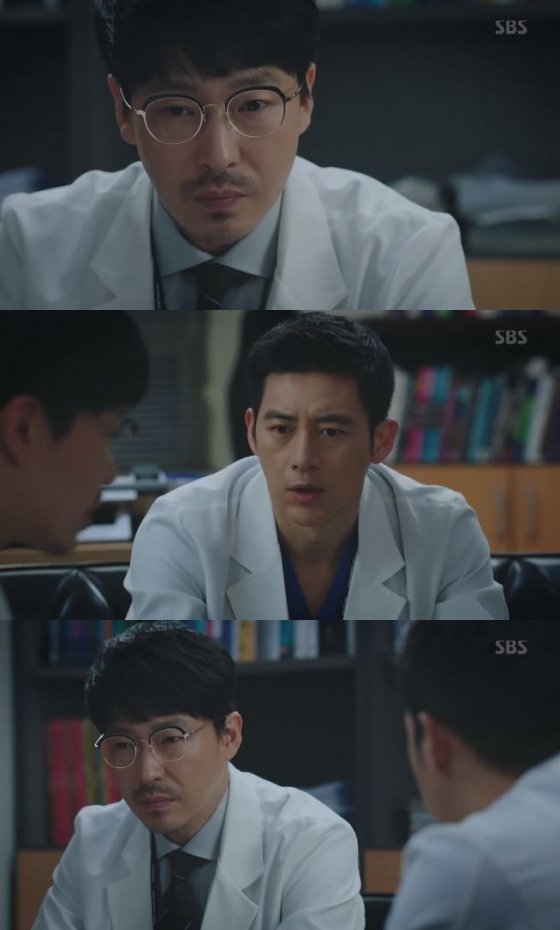 Yoon Hyeon-il (Jung Bo-suk) upturned Taesan Hospital. He told everyone to send out long-term patients and not to use uninsured medicine on them. The doctors lamented that Taesan Hospital has hit a rock.

Park Tae-soo told Choi Seok-han, "If you were the old you, you wouldn't just sit and watch. Candidate Han Min-sik's operation is coming up soon. Are you going to do what you did to me? I have never seen Yoo-bin, but I know she had a good father. However, you're not the father she remembers".

Choi Seok-han looked at Tae-soo in surprise. Park Tae-soo said, "The reason you called me back to Taesan was to stop you from changing. Come back before you go too far".

"[Spoiler] "Two Lives One Heart" Go Soo tells Uhm Ki-joon to come back "
by HanCinema is licensed under a Creative Commons Attribution-Share Alike 3.0 Unported License.
Based on a work from this source