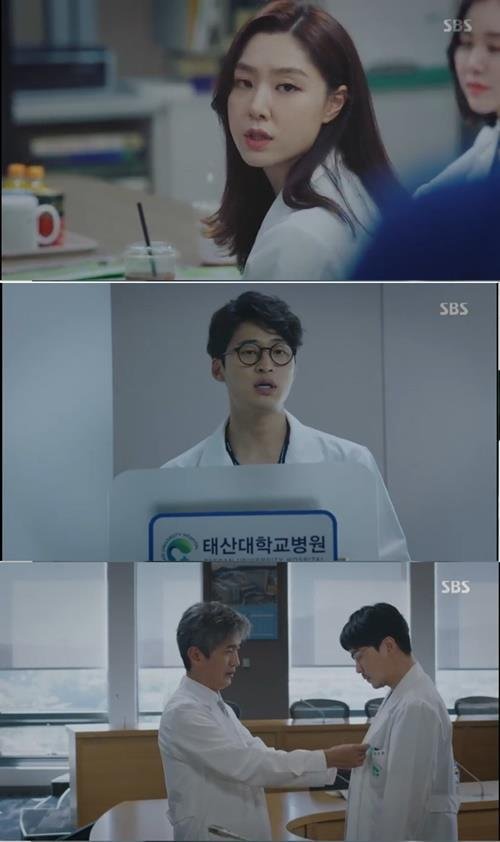 Yoon Soo-yeon (Seo Ji-hye) explained about her patient during the briefing.

Choi Seok-han asked if she understood the life of her patient and advised another method of surgery. Yoon Soo-yeon agreed.

Goo Hee-dong (Ahn Nae-sang) asked who was going to do it and Choi Seok-han suggested Park Tae-soo.

Goo Hee-dong was going to oppose, but Seok-han cut him off. "The chairman has allowed it".

"[Spoiler] "Two Lives One Heart" Uhm Ki-joon Suggests Go Soo Perform a Surgery"
by HanCinema is licensed under a Creative Commons Attribution-Share Alike 3.0 Unported License.
Based on a work from this source