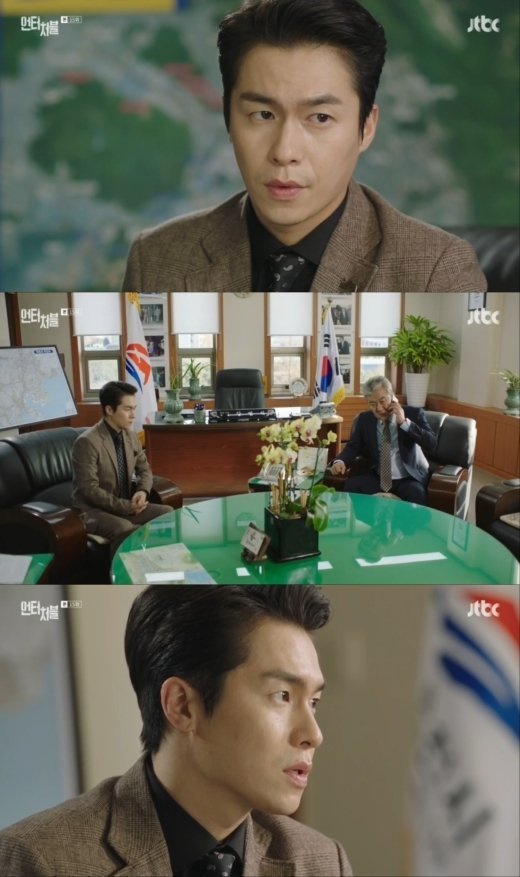 On the final episode of the JTBC drama "Untouchable", Jang Gyu-ho (Lee Jae-won-I) framed his father.

Jang Gi-seo (Kim Sung-kyun) erased critical information regarding the Ahn Jin-kyung case, but it turned out that Goo Ja-kyung was the killer. Jang Bum-ho (Park Geun-hyung) tried to kill Goo Ja-kyung (Go Joon-hee) but in the end, he killed Jang Gi-seo.

Jang Gyu-ho whose voice was in the evidence told Jang Bum-sik (Son Jong-hak), "It's a father's duty to sacrifice himself for his child". He framed his father for killing Ahn Jin-kyung.

Lee Jae-won-I's character Jang Gyu-ho is charismatic and intelligent man who fights for his power within the family. In the end, he doesn't get what he wants, but remains as vicious as ever.

Meanwhile, Lee Jae-won-I also plays the bad guy in the MBC "Two Cops" and was also in the JTBC drama "A Midsummer's Memory".

"[Spoiler] "Untouchable" Lee Jae-won-I Sells Out his Father "
by HanCinema is licensed under a Creative Commons Attribution-Share Alike 3.0 Unported License.
Based on a work from this source