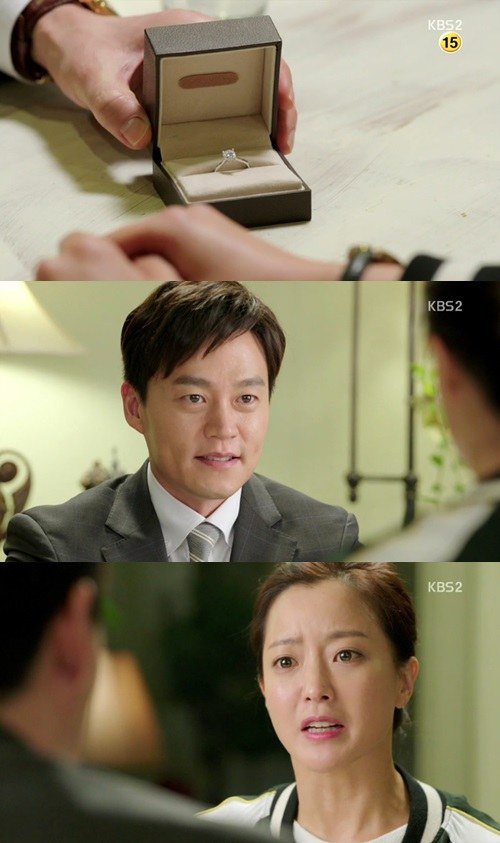 Kim Hee-sun still refused to marry Lee Seo-jin even though her name was cleared.

Cha Hae-won cleared her named thanks to Oh Seung-hoon (Park Joo-hyung). Oh Chi-soo (Ko In-beom) and Oh Seung-hoon were arrested and Kim promised her that he would help her prove her father's murder. Kang Dong-seok's family also resolved their misunderstandings towards her and started feeling sorry.

When everything seemed to settle, Kang Dong-seok gave her a ring and proposed. However, she said, "Let's end it here. We won't work". Kang Dong-seok thought she was still worried about his family and said, "My family is ready to apologize to you. It's all over".

Cha Hae-won said, "It's not over yet. The bike accident was because of my father. It's because of him Dong-ok (Kim Ji-ho) is like that. How can you think about marrying me knowing that?"

Kang Dong-seok said, "That's not our fault. We just need to live life to the fullest, but Hae won angered, "Is there nothing else that you can see because you're so blinded over a woman?"

"[Spoiler] "Very Good Times" Kim Hee-sun rejects proposal"
by HanCinema is licensed under a Creative Commons Attribution-Share Alike 3.0 Unported License.
Based on a work from this source