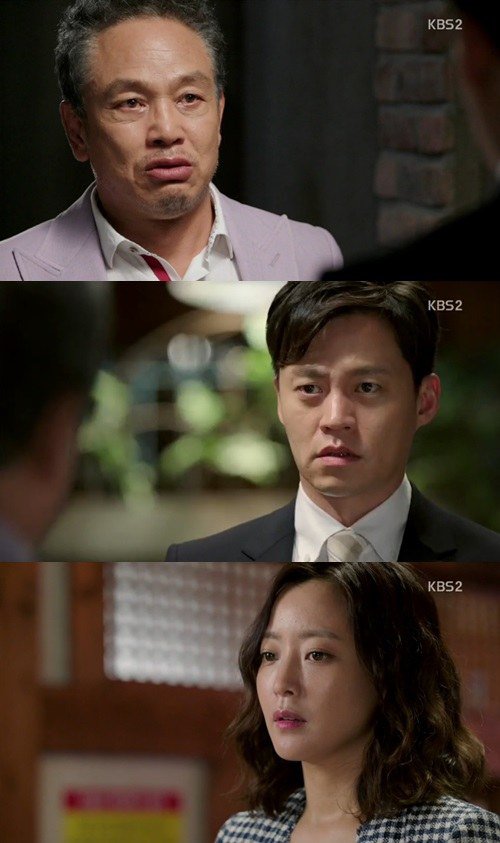 Kim Young-chul-I turned his back on Kim Hee-sun and changed his mind.

With Kang Tae-sup being at home for the first time in several years, he had taken a liking to Cha Hae-won and pointed her out as his daughter-in-law. Therefore, Cha Hae-won decided not to break up with Kang Dong-seok and continued their relationship.

However, Kang Tae-sup changed his mind when he found out that she was the daughter of a man who inflicted pain on Kang Dong-wook (Kim Ji-ho) and Kang Ki-soo (Oh Hyun-kyung-I). The reason he was away from home for so long was because he was ripped off of his compensation money and was trying to get it back.

Kang Tae-sup told Kang Dong-seok, "You have no idea what her father has done to this family. You know. I won't allow it. End it here. This marriage is not happening".

"[Spoiler] "Very Good Times" Kim Young-chul-I opposes marriage"
by HanCinema is licensed under a Creative Commons Attribution-Share Alike 3.0 Unported License.
Based on a work from this source