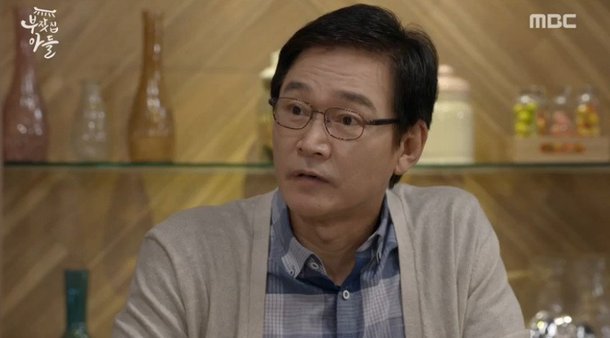 On the latest episode of the MBC drama "Wealthy Son", Kim Won-yong (Jung Bo-suk) made a verbal will.

While eating, Kim Won-yong asked his daughter Kyung-ha how much she gives to her mother montly. Kyung-ha was taken aback by the question and Park Hyun-sook replied that she didn't. Kim Won-yong told Kyung-ha to pay up her share of the cost of living from now on. When she said she was going to move out, he told her to pay up until she did. He then asked Myung-ha about his future plans and he said he was going to graduate school. Kim Won-yong asked what he was going to do about the expenses and the cost it took to raise a child. Myung-ha hesitated. Kim Won-yong told Kyung-ha (Hong Soo-hyun), Myung-ha (Kim Min-kyu), and Mong Mong (Elkie) that they were all grownups and they couldn't live off their parents anymore. He advised them to give up graduate school and dreams of becoming a professor and face reality.

Park Hyun-sook and Myung-ha were shocked. Kim Won-yong asked what would happen if he suddenly died and left nothing behind. He said having fainted once made him think about a lot of things. He lived a full life, but he had nothing to leave behind for the family. He wanted his children to be able to stand up on their own. Park Hyun-sook ended up crying and left the table. 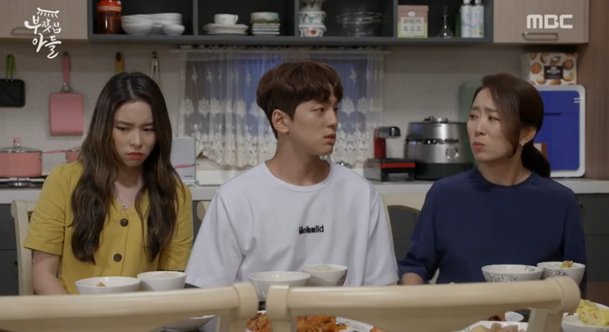 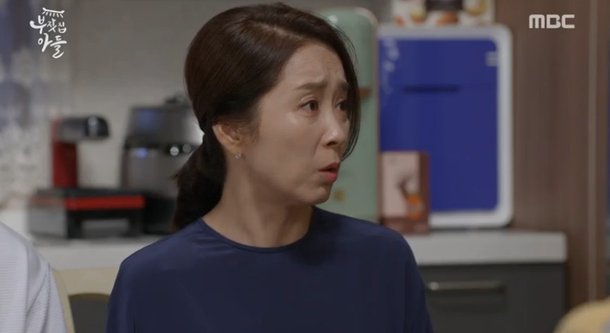 "[Spoiler] "Wealthy Son" Jung Bo-suk Scares His Children"
by HanCinema is licensed under a Creative Commons Attribution-Share Alike 3.0 Unported License.
Based on a work from this source