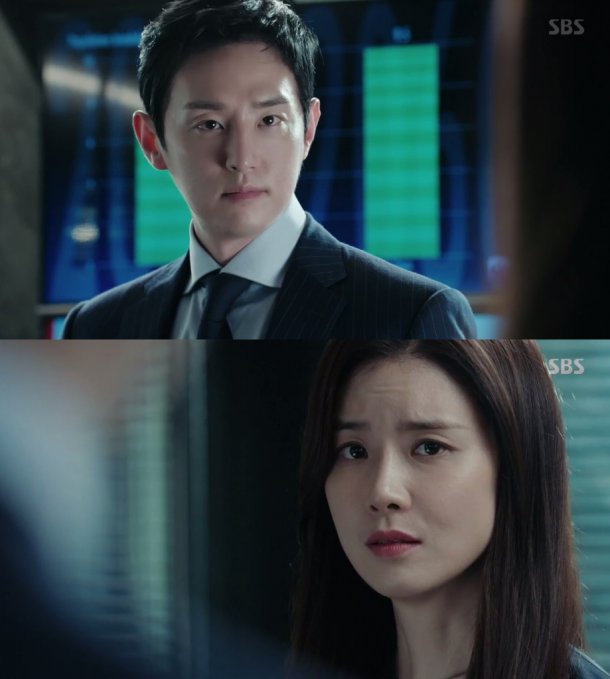 Kwon Yool held out his hand to Lee Bo-yeong.

On the latest episode of the SBS drama "Whisper", Sin Chang-ho (Kang Shin-il) was diagnosed with lung cancer.

The doctor told Sin Yeong-joo, "The progress is too fast" and explained Sin Chang-ho was in the third degree.

Sin Yeong-joo began to cry and the doctor told her to suspend his execution as the tumor was growing.

Kang Jeong-il (Kwon Yool) heard about Sin Chang-ho and said, "I think it will finish soon this time. I have a witness who will deliver everything".

Kang Jeong-il suggested he will help with the suspension of execution. He then threatened Sin Yeong-joo by saying, "The internal investigation team will come by. Tell them everything".

"[Spoiler] "Whisper" Kang Shin-il has lung cancer, Kwon Yool makes Lee Bo-young an offer"
by HanCinema is licensed under a Creative Commons Attribution-Share Alike 3.0 Unported License.
Based on a work from this source