[Spoiler] Why did Shin Sung-rok call Lee Sang-yoon and Kim So-eun to the "Liar Game"? 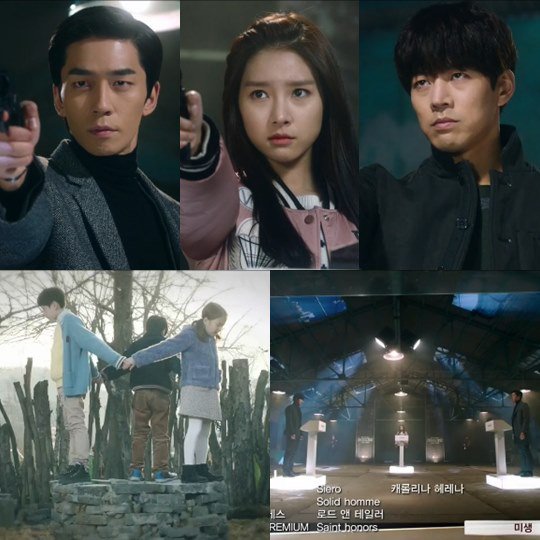 The reason why Shin Sung-rok planned the "Liar Game" was to battle Lee Sang-yoon and Kim So-eun. What is the secret behind this?

On the eleventh episode of the tvN drama "Liar Game", the final game was presented.

Before the game went on, Ha Woo-jin (Lee Sang-yoon) found the place Kang Do-yeong (Shin Sung-rok) led him to. There were dolls and pictures of children's feet laying there. Woo-jin realized they were pictures from Do-yeong's house and the place with the well went through his head.

Woo-jin had said to Nam Da-jeong (Kim So-eun) that the well was familiar. He then recalled Woo-jin, Kang Do-yeong and Nam Da-jeong holding hands on top of the well as children. Woo-jin screamed in agony and with a face accepting everything, he said, "Let's go finish this".

The final game "The Last Man Standing" started. This game involved a gun and had to kill the opponent. Do-yeong disqualified Jo Dak-goo (Jo Jae-yun) and Jamie (Lee El) all at once and left the three of them standing.

Do-yeong said, "I can see us three facing each other". It was revealed that Do-yeong was the victim of a horrible psychological competition gone wrong. Curiosity about the three and the unknown past was all there and was left at the end of the episode.

"[Spoiler] Why did Shin Sung-rok call Lee Sang-yoon and Kim So-eun to the "Liar Game"?"
by HanCinema is licensed under a Creative Commons Attribution-Share Alike 3.0 Unported License.
Based on a work from this source