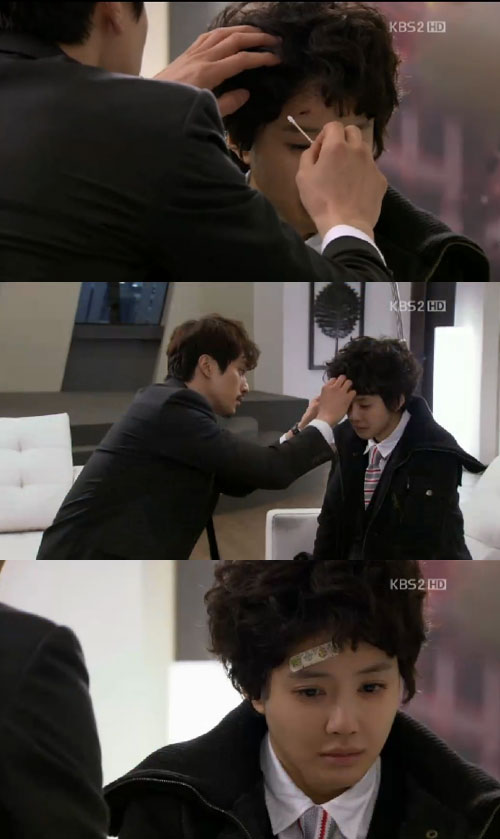 There was a strange 'bed scene' featuring the couple of Lee Dong-wook and Lee Si-young.

On the latest episode of KBS 2TV's "Wild Romance", Moo-yeol had to hide at home due to an 'assault' incident.

Moo-yeol couldn't stand the worker at a pub he went to, and started talking bad about him and swinging his fists. Moo-yeol was taken to the police station and reporter Ko (Lee Hee-joon), who was on stake out, reported this incident.

Criticism pelted Moo-yeol. He was put on probation by the baseball committee and was surrounded by reporters and critics on the way home from the investigation. Eun-jae then came in as a flying water bottle hit her in the head.

Moo-yeol put a band-aid on her forehead where she got hurt and took care of her. However, he teared up when he thought this might be the end of his baseball career. He sent her an affectionate glance without saying anything. This was the moment when the two opened their hearts to each other.

"[Spoiler] "Wild Romance" Lee Dong-wook and Lee Si-young in a bed scene?"
by HanCinema is licensed under a Creative Commons Attribution-Share Alike 3.0 Unported License.
Based on a work from this source