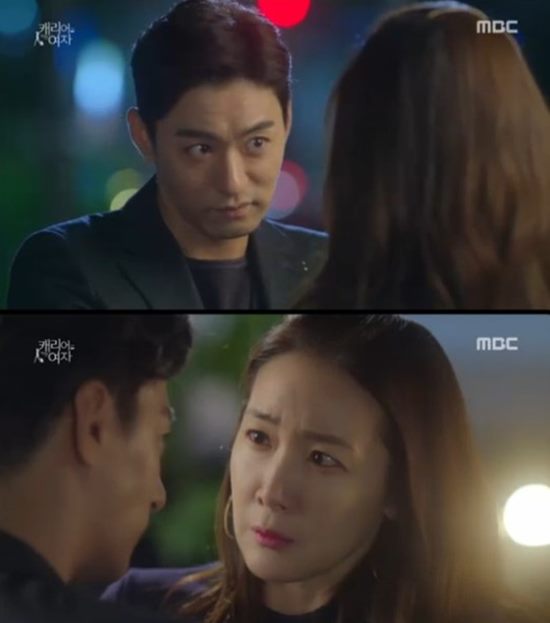 "Woman with a Suitcase' Choi Ji-woo is trapped.

Ham Bok-geo (Joo Jin-mo) enjoyed bullying Cha Geum-joo (Choi Ji-woo) on the outside but has affection for her on the inside.

He called her in every chance he got to talk about the contents of their contract every time something little went wrong. Cha Geum-joo was under his hands without a choice but started to feel that she wasn't being treated right.

Cha Geum-joo was stressed about a picture she had to buy because of him. He appeared in front of her house and told her to eat and be angry at him.

Cha Geum-joo finally lost it and asked for termination of contract. However, Ham Bok-geo wouldn't let her go.

"[Spoiler] "Woman with a Suitcase" Choi Ji-woo caught in Joo Jin-mo's trap"
by HanCinema is licensed under a Creative Commons Attribution-Share Alike 3.0 Unported License.
Based on a work from this source