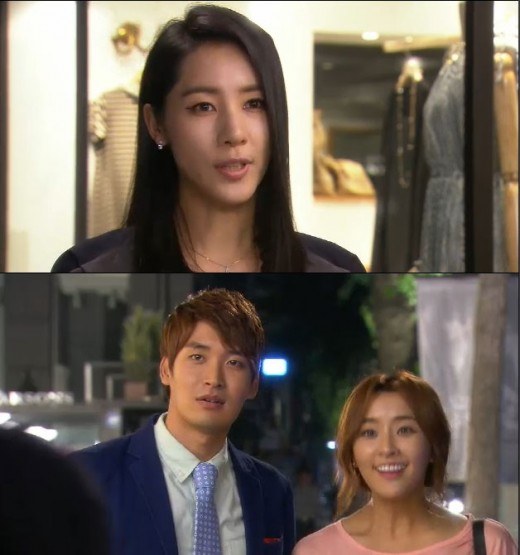 Jung Yoo-mi let down her guard and sold clothes too Yoon Ji-min.

On the episode of the SBS drama "Wonderful Mama" on the 30th, Ko Yeong-chae (Jung Yoo-mi) sold clothes to Han Se-ah (Yoon Ji-min) who was rivals with her.

Yeong-chae found out that the company was going through a hard time and went to the MD's who showed interest in her designs but she got nothing. She decided to go see her rival and famous designer Han Se-ah.

Hoon-nam (Jung Gyu-woon) tried to stop her but she asked Han Se-ah to use her clothes in her home shopping program. Se-ah was furious to see he but when Yeong-chae talked about how professional she is, she decided to do her the favor.

Meanwhile, Da-jeong (Lee Chung-ah) left her in-law's after asking for a divorce.

"[Spoiler] "Wonderful Mama" Jung Yoo-mi sells clothes to rival Yoon Ji-min"
by HanCinema is licensed under a Creative Commons Attribution-Share Alike 3.0 Unported License.
Based on a work from this source