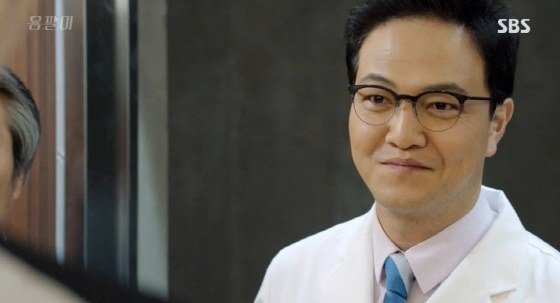 When she had been brought into the emergency room, he had saved Kim Tae-hee's life with his unbeatable amazing surgical skills.

She instead started taking revenge against her brother Han Do-joon (Jo Hyun-jae) in the same way she had suffered. She made him lie on the same bed where she had been lying on. She whispered into Han Do-joon's ear, "I'm not going to make you wait endlessly as you had done to me. Wait for three years only. I'm going to cut your blood vessel three years later. Just like the way it had been done to me".

Kim Taehyeon kept trying to turn around Han Yeojin's mind. He told her, "Forget about revenge, please come back to me". Han Yeojin coldly responded to him, "You come closer to me".