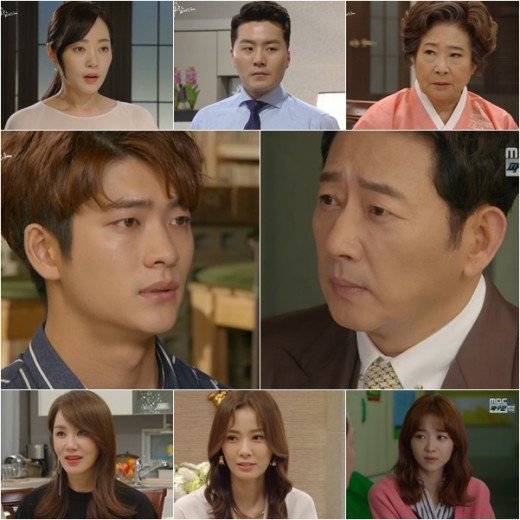 On the recent episode of the MBC weekend drama "You're Too Much", Kang Tae-oh and Jun Kwang-ryul met for the first time regarding the suicide of someone but got off on the wrong foot.

Na-kyeong decided to make a once-in-a-lifetime deal to hold down her base in the family. She asked Seong-hwan to make sure she was the lady of the house, and using that as bait, she hinted that Yoo Jina's son Kyeong-soo would be a pain in the neck regarding her dead mother-in-law.

Seong-hwan met Kyeong-soo who told him he had no intentions of living as Yoo Jina's son and that he was raised under the support of his dead wife. The more surprising thing was Kyeong-soo asked Seong-hwan if he was ready to accept someone who was being suspected of being involved in his wife's suicide.

It seems that Kyeong-soo will become the key player that holds the secret to Lady Choi Kyeong-ae's suicide.

"[Spoiler] "You're Too Much" Kang Tae-oh and Jun Kwang-ryul meet for the first time "
by HanCinema is licensed under a Creative Commons Attribution-Share Alike 3.0 Unported License.
Based on a work from this source