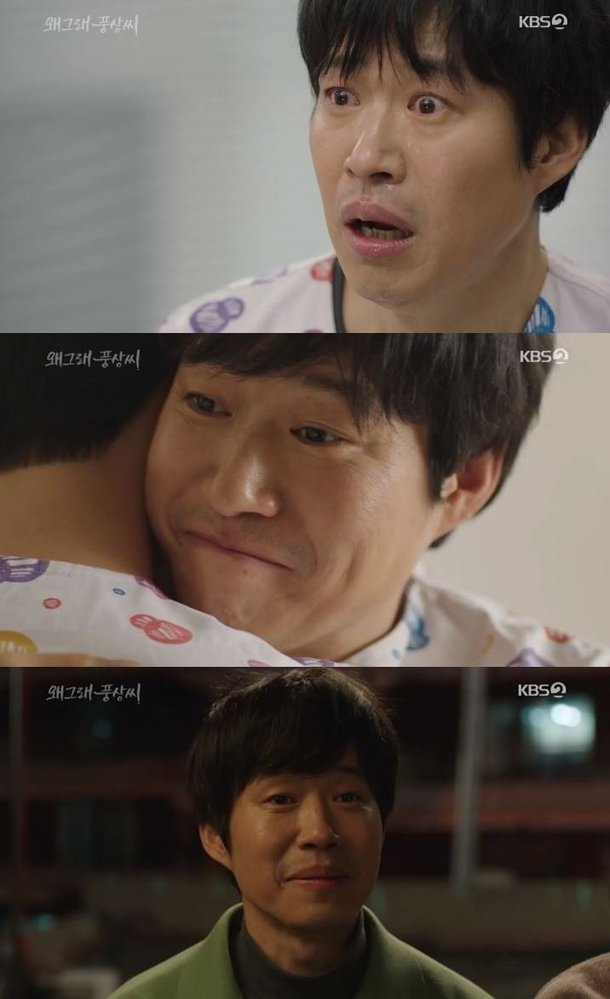 Yu Jun-sang took on the role of Poong-sang in the KBS 2TV drama "Liver or Die". Poong-sang is a middle-aged man who has so much affection for his delinquent siblings and "Liver or Die" is a drama that makes us look back on the meaning of family.

Yu Jun-sang portrayed Poong-sang perfectly. He was like a parent to his thoughtless siblings who failed trying to lie into marriage and who are chased by loan sharks.

However, his siblings didn't appreciate him and Poong-sang's wife Gan Boon-sil (Shin Dong-mi) divorced him for being such a fool for his brothers and sisters. When Poong-sang became sick with liver cancer, he looked back on his life.

To make matters worse, conflicts built up among the brother and sisters and no one would give Poong-sang a liver. Poong-sang looked almost pitiful and Yu Jun-sang did a great job of looking like he just gave up everything and feeling the love of his family.

He led with stable vocalization and acting, perfectly reproducing the eldest son's appearance.

He paid attention to every single detail and had chemistry with Shin Dong-mi, Oh Ji-ho, Jeon Hye-bin, Lee Si-young, and Lee Chang-yeop.

Yu Jun-sang really seemed like he meant it when he said, "I thought my brothers and sisters were holding me back, but actually they were the ones that made me live". "Liver or Die" began with 5.4%, but finally ended with 22.7%.

"[Spoiler] Yu Jun-sang Was the Perfect Poong-sang in "Liver Or Die""
by HanCinema is licensed under a Creative Commons Attribution-Share Alike 3.0 Unported License.
Based on a work from this source