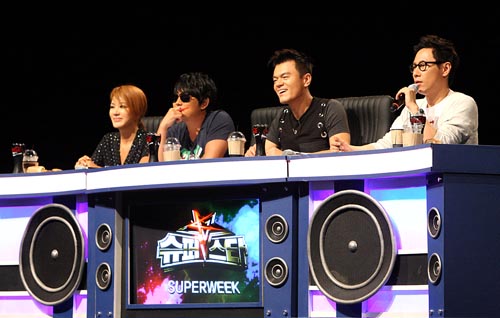 The reality show craze that has dominated Korean television for the past couple of years doesn't show any signs of abating. Triggered by the popularity of competition reality shows like "Superstar K", Korea's take on "American Idol", there are more than six reality shows airing right now with another four slated to hit the airwaves later this year. But they all being threatened by one thing: social media.

Broadcast networks have increasingly been forced to adopt new tactics to prevent spoilers from spreading among smartphone-using Korean viewers, who are eager to get the inside scoop on their favorite reality shows and share it with their friends. These broadcasters fear their shows could eventually face decreased viewership and ratings if the spoilers continue to spoil their shows.

A recent victim of this trend is MBC's "Survival, I Am a Singer". Every time an episode is taped, spoilers are posted on Twitter and other social networking sites before it airs.

Launched earlier this month, the show is a singing competition but its seven contenders are professional singers, including Kim Gun-mo, Yoon Do-hyun and Lee So-ra.

Each week, the stars sing their own songs in a competition judged by a specially selected studio audience of 500 viewers ranging in age from 20 to 60. The singer who receives the lowest mark is eliminated and a new contender is brought in.

The show has been successful thus far, but the program's producers say they are worried that spoilers from the audience will eventually drag down ratings.

"We're thinking about ways to deal with spoilers", said Kim So-jung, an official at MBC.

When asked whether members of the studio audience, which is the same every week, were asked to sign nondisclosure agreements, Kim said, "Not really", a sign that they didn't anticipate spoilers would be a problem. 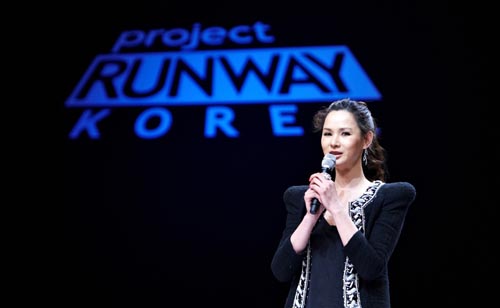 Reality shows like "Superstar K", top, and "Project Runway Korea", above, have dominated Korean television in recent years. But many reality shows are having trouble with spoiler leaks on social networking services, which producers fear will eventually drag down viewership. [JoongAng Ilbo]

MBC is not alone in its battle against spoilers. Producers of the KBS show "One Night, Two Days" said they've recently come up with a plan to prevent leaks.

On the reality show, which claims the highest audience ratings among all Sunday prime-time shows on the three major networks, six male celebrities travel around Korea every week and are put in challenging situations, such as in one episode when they were forced to sleep outside in sub-zero temperatures.

Producers used to notify the stars and staff of the filming location a week before the show's air date. The show's personnel have started getting notice just 24 hours in advance.

"Spoilers are the biggest concern for the show's producers", said KBS official Park Jung-jae. "For this reason, they even deny access to reporters planning articles who want to follow the program".

And it's not just reality shows that face this challenge. Drama series are also struggling with leaked information on social media sites.

When "Secret Garden", which came to an end earlier this year, was nearing its final episode, an abundance of spoilers about the finale circulated on the Web.

But "Project Runway Korea", the Korean version of the U.S. reality show that airs every Saturday on cable channel OnStyle, has set a precedent in averting spoilers.

Since its inception, staff members, contestants and the judges' managers and stylists have had to sign nondisclosure agreements saying that they will not reveal the content of a show before its air date.

"Spoilers are fatal to reality programs", said Han Su-kyung at OnStyle. "The core of these programs is watching who's going to be eliminated. About 100 people or so have signed nondisclosure agreements so far for this season".

The show's nondisclosure agreement states that anyone revealing any part of the program before its air date will have to pay the production costs for season three, or about 1 billion won ($840,336).

"This is our third season and everyone knows that [leaking information] doesn't do us any good", said Han. "But it's hard to be free of spoilers, no matter how tight our security is".