[Spottoon Review] Shall We Have Dinner Tonight? Drama Dream Cast 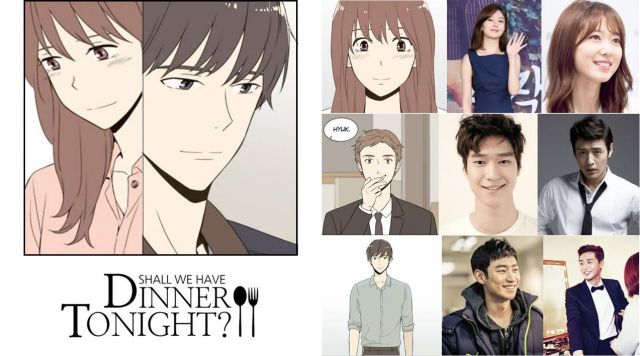 There have been rumors since last year that the webtoon Shall We Have Dinner Tonight? by See-In Park will be made into a drama. It makes complete sense since the story combines love and food in a thoughtful way that is bound to grab viewers. There hasn't been any significant casting news of late but we can't help but wonder who might bring these characters to life.

The story is about two strangers named Doe-Hee and Hae-Kyung who become friends after being mistaken for a couple at a restaurant they both chose to dine alone in one night. They begin to grab meals on a weekly basis and discover that they are both trying to reel from heartbreak. The more they meet and the more food they share, the closer they become and the line between friendship and romance becomes blurry. The main cast would consist of Doe-Hee, Hae-Kyung and Hyuk, Doe-Hee's ex-boyfriend. There would also be a slew of opportunities for fun guest-stars to play Hae-Kyungs past girlfriends. These are the actresses and actors we would love to see cast!

Doe-Hee: She is shy, thoughtful and emotional while also being laid-back and low-maintenance.  We came up with two actresses who could play her: Baek Jin-hee, who is currently starring in the drama "My Daughter, Geum Sa-Wol" and Park Shin-hye whose last drama was 2014's "Pinocchio".

Hae-Kyung: He is reserved and serious but not in an intimidating way.  He is always looking for a person that he can share his life with. We think Lee Je-hoon would be a perfect match! He is currently starring in TvN's Signal and it would be interesting to finally see him in a romantic drama role.  Or maybe Park Seo-joon, who recently stole our hearts in "She Was Pretty".

Hyuk: Doe-Hee's ex-boyfriend who is cool and kind would be perfectly embodied by Go Kyung-pyo, who just ended his amazing stint on the drama "Answer Me 1988" or perhaps Kang Ha-neul from "The Heirs" and "Incomplete Life.

Let's not forget the other star of this webtoon: the food. 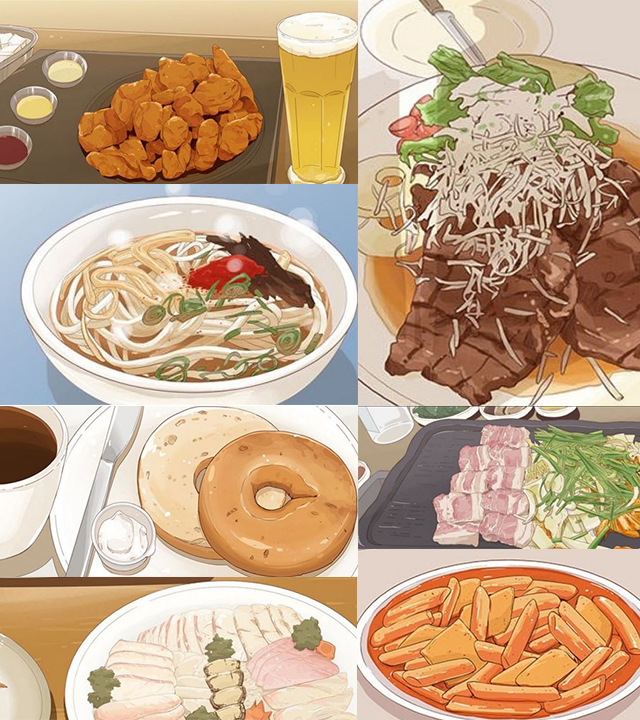 We hope that the rumors are true and this webtoon gets turned into a drama soon! What do you think of our picks? To read Shall We Have Dinner Tonight?, go here!