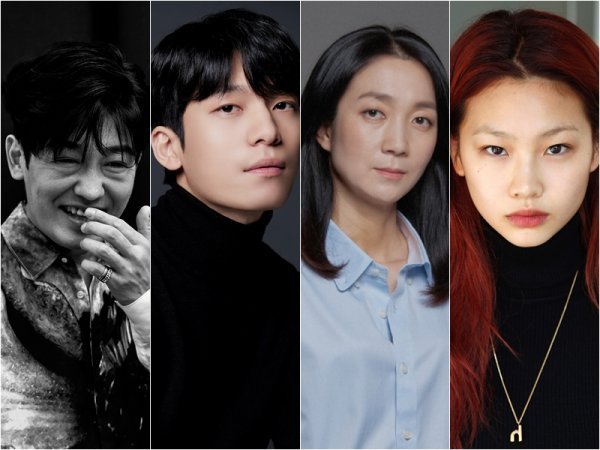 Following the intense combination of Lee Jung-jae and Park Hae-soo, who became a hot topic at the same time as the casting announcement, actors Heo Sung-tae, Wi Ha-joon, Kim Joo-ryung and Jung Ho-yeon will join the "Squid Game". "Squid Game" is a Netflix original series that tells the story of people who participated in a mysterious survival game with a cash prize of 45.6 billion won.

Heo Sung-tae takes on the role of gangster Deok-soo. He is a man who will do anything and use any means to survive and he will further escalate the confrontation between the characters in the story. Wi Ha-joon takes on the role of a detective named Joon-ho. He adds tension to the story by hiding his identity and infiltrating the scene of the survival game and revealing the hidden secrets one by one. Kim Joo-ryung will play the role of a strong and tenacious beauty, a strong character that does not hesitate to cheat or block teams for survival. Jung Ho-yeon will announce her full-fledged career as an actress through "Squid Game". She plays the role of a North Korean defector who needs a lot of money for her family.

"Squid Game" will only be released on Netflix.