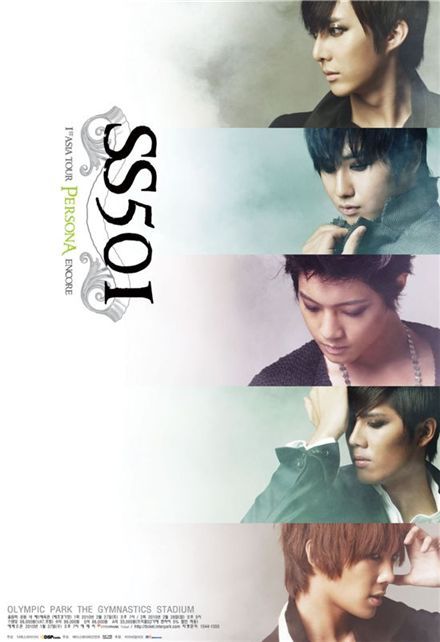 Korean idol group SS501 is gearing up for a comeback with their upcoming new album "DESTINATION" due out May 31, according to their agency DSP Entertainment on Tuesday.

DSP explained in a press release that some of the most talented musicians in Korea, Europe and the U.S., including prominent Korean-American music producer Steven Lee, collaborated to create the new album.

Lee, who had written and arranged all the tracks in the group's previous album "REBIRTH", also composed the title track, named "Love Ya", in the new album.

All the songs in "DESTINATION" have been arranged to piano accompaniments while incorporating a minimum of electronic sounds that are prevalent in current K-pop music.

Some of the songs included in the record are R&B tune "Let Me Be The One" and a dance number called "Crazy 4 U", which was performed by the band during their "PERSONA Asia Tour" but left out on the previous album. Fans are said to have requested that SS501 include this particular track on the new album.

SS501, who debuted in 2005 with single "Warning", made a successful comeback to the music scene last October, topping various music charts with their second mini-album "Rebirth".

They kicked off their "1st Asia Tour Persona" in Seoul last August and went on to perform in Tokyo, Taipei, Shanghai and Hong Kong.

The five member group are scheduled to give a comeback performance on KBS' "Music Bank" on June 4.

"SS501 new album due out May 31"
by HanCinema is licensed under a Creative Commons Attribution-Share Alike 3.0 Unported License.
Based on a work from this source