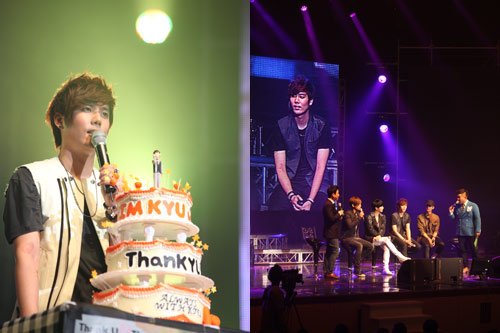 Kim Kyu-jong met with fans for the last time on Sunday before the member of boy band SS501 enlist in the Army next month to complete his mandatory military service.

Other band members also attended to give him a public sending off and wish him good luck.

A teary-eyed Kim thanked his fans for making the effort to support him, especially those who hailed from other parts of Asia such as Japan, Hong Kong, Thailand and Taiwan.

He will be complete his military duty in 2014.

"SS501's Kim Bids Fans Teary Farewell Before Enlisting"
by HanCinema is licensed under a Creative Commons Attribution-Share Alike 3.0 Unported License.
Based on a work from this source