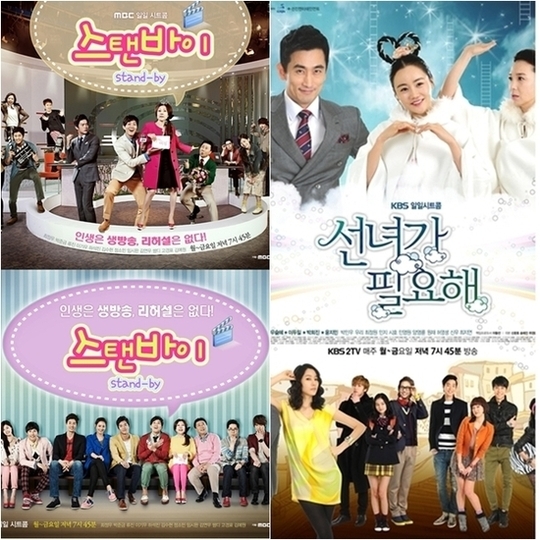 Daily sitcom MBC "Standby" and KBS "I Need a Fairy" fell together to 4%.

According to AGB Nielsen Media Research on the 23rd, "Standby" aired on the 22nd rated 4% which is lesser than the previous episode.

Viewers favor these dramas for their accordingly process but they are aired in the early evening and are being overweighed to the daily SBS drama that is aired at the same time.

""Standby" and "Fairy" embarrassingly, 4%"
by HanCinema is licensed under a Creative Commons Attribution-Share Alike 3.0 Unported License.
Based on a work from this source