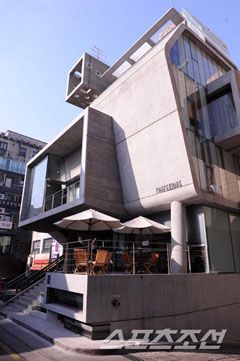 Stellar couple Jang Dong-gun and Ko So-young are suffering a massive onslaught of media interest after they admitted their romantic relationship. Among other things, fans are now getting curious about the couple's conspicuous wealth.

Ko has massive real estate assets, including a building in the chic Cheongdam district in southern Seoul worth at least W10 billion. She reigned as the queen of advertising for a decade, modeling for anything from apartments and cosmetics to home electronic appliances and beer. She has been less active in recent years but still remains one of the most sought-after models in Korea.

Jang is believed to be roughly as rich as Ko, being a large shareholder in his management company AM Entertainment. The company is a management agency of a number of top stars like actor Hyun Bin and actress Shin Min-ah. They are popular across Asia, and AM Entertainment expects to record over W10 billion in sales this year. Jang also awaits the release of his Hollywood debut "The Warrior's Way" and his popularity and fame are expected to rise even more.
_________________________
A building owned by Ko So-young in Cheongdam-dong in Seouls affluent Gangnam District